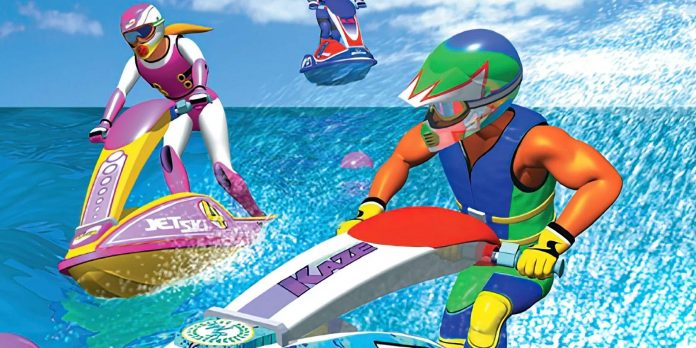 After some initial issues related to button mapping and difficulties with emulation, the level of the Nintendo Switch Online expansion pack, which includes the Nintendo N64 library, is gaining momentum. Nintendo releases regular updates to fix these issues as quickly as possible. At the same time, he was slowly introducing new games to the library. In the summer months, a couple of classic Pokemon games were added: Pokémon Snap in June and Pokémon Puzzle League in July. Now a growing number of classic games have received additional support as Nintendo Switch Online has added a new game to its N64 lineup: Wave Race 64.

At the time of its first release in 1996, Wave Race 64 was considered revolutionary, especially because of the use of water. Not only did the water look better in the game than the players had ever seen, but it also seemed realistic in terms of the physics involved and the effect it had on the jet skis the players were driving. Its inclusion in the Nintendo 64 Switch Online library marks a great opportunity for old gamers to revisit the iconic game or, alternatively, for new players who are not familiar with it to experience it for the first time.

Wave Race 64 has become a kind of turning point for Nintendo. The transition from 2D to 3D games was one of the most significant moments in the history of games, and although the title Super Mario 64, released on the N64, attracted most of the headlines, Wave Race 64, released just a couple of months later, received rave reviews from critics. The game featured high-speed water skiing races on nine different tracks. He made impressive use of lighting and graphics and displayed various characteristic weather conditions to demonstrate the early visual capabilities of the N64.

The title was originally supposed to feature high-speed boats that could transform, but producer Shigeru Miyamoto eventually decided against the idea as he felt it would interfere with the game’s identity. The game eventually evolved into a sequel to the 1992 Wave Race game for the Game Boy featuring jet skis. Gamers will have to maneuver on jet skis on difficult tracks, including overcoming trampolines, water buoys and other obstacles on the way. The controls were responsive and precise, which made navigating through choppy water an incredibly exciting task.

The game, which many call “F-Zero on the water”, offers various game modes. Championship mode allows players to choose from four different racers with different characteristics and participate in a series of races, while Time Trial mode allows players to compete for the fastest time to complete the course, and in the innovative Stunt Mode, players are invited to perform a series of tricks and pass through the rings to accumulate points and earn a total score for each course. Racing mechanics challenge the players to carry the buoys from the right side, which increases the power of the jet ski engine. Passing them from the wrong side leads to a drop in engine power. This is a clever little nuance in the usual racing formula, which helps to keep it fresh.

However, the water itself is the star of the show. He reacts exactly as he should, sometimes calmly helping the player, and sometimes becoming incredibly changeable, which forces gamers to change their racing style to adapt. He not only feels good, but also looks great, especially considering that he is already over 25 years old. It is well known that during the initial transition to 3D games, it was difficult to create water in the form of a video game, and Wave Race 64 is certainly one of the best examples of the success of the game at such an early stage. Now that the game is available to subscribers of the Nintendo Switch Online Expansion Pack, it’s time to get on a jet ski and ride this retro classic.