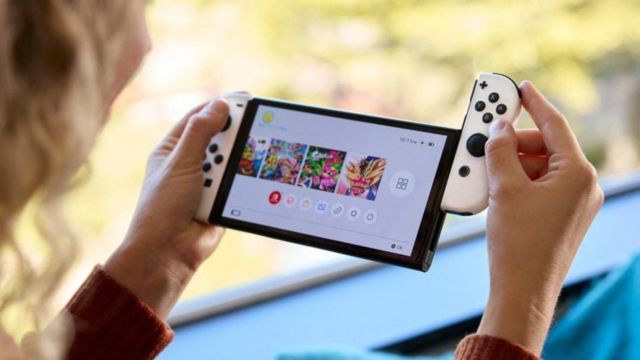 Nintendo Switch OLED: The company is aware that OLED panels can degrade over time; however, the company sends a message of reassurance. Nintendo claims to be manufacturing the OLED panels of Nintendo Switch OLED with the idea that their durability is very high. The new console, a renewal of the current hybrid model with the main characteristic of incorporating a technology screen with organic materials (Organic Light Emitting Diode), will bet on materials that guarantee longevity, explained a representative of the company when asked about CNET.

What is burn-in on OLED screens; Nintendo bets on durability

Connoisseurs of the dreaded burn-in (permanent image retention), from the aforementioned media they wonder if over the years there will be marks of images on the console screen as a result of the use of this technology. Sony, for example, released its latest portable console, the PlayStation Vita, in 2012, the first model of which featured a crisp OLED panel. Judging from the results almost a decade later, the degradation has been very slight, almost negligible except in fade-to-black conditions, where uneven blacks can appear. Nintendo claims to be looking at the durability of the Nintendo Switch OLED panels.

“We have designed the OLED screen to aspire to longevity as much as possible, but OLED screens can experience image retention if they are subjected to static views for a long period of time,” a Nintendo representative begins telling CNET. “However, users can take preventative measures to preserve the screen [by using] the features included by default in Nintendo Switch consoles, such as the automatic brightness function, to prevent the screen from becoming too bright, and the sleep function. automatic to enter automatic sleep mode after short periods of time ”, they expand.

OLED panels have many advantages over traditional LCD, but also a disadvantage, and it is that gradual degradation of the light emitted by their diodes. This is a natural degradation of self-emitting display technologies (each pixel generates its own light, thus ensuring pure blacks and better contrast for each color) that causes that light to gradually dim over time. We recommend reading this HardZone article to learn more about this well-known problem, burn-in.