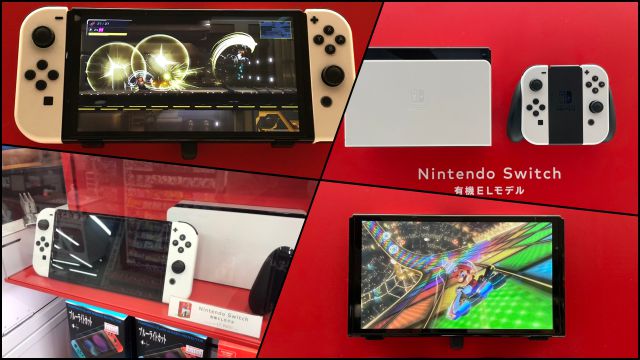 The official Nintendo store located in Tokyo, Japan, as well as the Yodobashi Camera chain of stores have begun to exhibit in their stores real units of Nintendo Switch OLED, the new model of the family of consoles of the Japanese giant, a few weeks after its premiere around the world.

Scheduled for this October 8 at a recommended price of 349 euros / 349 dollars, this is the first time that we can see real images of the console; previously they had been videos in the form of a trailer and renderings made by computer. The first thing that catches your eye are the arches.

This OLED model, which respects almost to the millimeter the dimensions of the original Nintendo Switch and its version of 2019 – the Joy-Con are still compatible – presents a screen that grows from 6.2 inches to 7 inches diagonally while maintaining the same resolution. By having an OLED technology panel, the colors will be more vibrant and sharp, added to a better color rendering and purer blacks as its pixels are completely off.

It is still early to appreciate other minor details that have changed; especially on the back of the Nintendo Switch OLED, which now features a wide adjustable bracket that accommodates the entire width of the chassis. Another improvement is the audio, optimized, while the internal memory of the console goes from 32 GB to 64 GB.