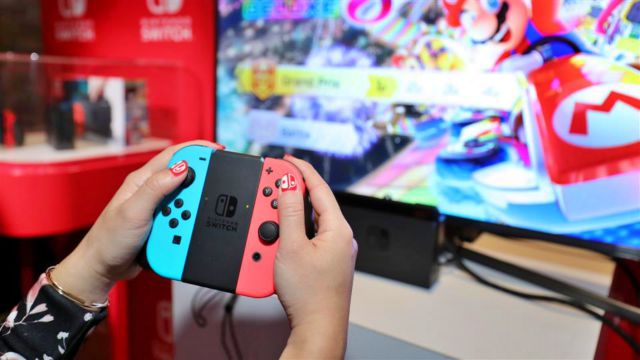 Nintendo Switch: The lack of semiconductor materials is affecting the entire consumer electronics industry. Words from the president, Shuntaro Furukawa.Nintendo Switch production is beginning to be affected by the shortage of semiconductor materials in the tech industry. Although it is estimated that the situation of normality does not arrive until well into 2022, which affects the production of PS5, Xbox Series X | S or powerful graphics cards, the president of Nintendo, Shuntaro Furukawa, has acknowledged that the plans of Your hybrid console layout may also be altered.

This lack of chips affects everything and, although they claim to be doing everything possible to fulfill their production plans for fiscal year 2021/22 (from April 1, 2021 to March 31, 2021), whose initial estimate is calculated on 25.5 million Nintendo Switch, the situation is not guaranteed.

“Due to the global shortage of semiconductor materials, we cannot produce all the products we would like,” the president explained to the Nikkei media on the occasion of the presentation of quarterly (Q4 / FY2021) and annual results. In the last twelve months, Nintendo shipped 28.83 million Nintendo Switch, a historical record in profits for the company, bringing the total number of units to 84.59 million consoles. Aligned with Wii, which it will surpass before March 2022.

“We are doing everything we can, but the feeling of uncertainty about production plans is increasing,” says the manager, leading Nintendo since 2018. “Our profit forecast is based on the assumption that we will be able to get parts and materials, ”he says, in relation to that non-guaranteed forecast of distributing 25.5 million units this fiscal year. If they cannot respond to this demand, they will review their estimates for the next few quarters.

The year 2020 was driven by video games such as Animal Crossing: New Horizons, which in its first calendar year has sold more than 32.63 million units. For its part, Mario Kart 8 Deluxe has already accumulated more than 35.39 million copies sold; the most successful console title to date. Of that amount, more than 10 million copies correspond to this past fiscal year.

Different newspaper reports, including Nikkei itself, estimate the arrival of a new Nintendo Switch model with “better graphics” in 2021. Nintendo acknowledged in February that they intend to extend the success of the console for years. The company has confirmed attendance at E3 2021, which will be held from June 12 to 15. Hopefully they will introduce the future video game lineup that will fuel the desire to buy the console.

Stranger Things Season 4 Warms Up With Its Latest Posters