Home Entertainment Nintendo Switch In Japan: What Are The Best-Selling Games? 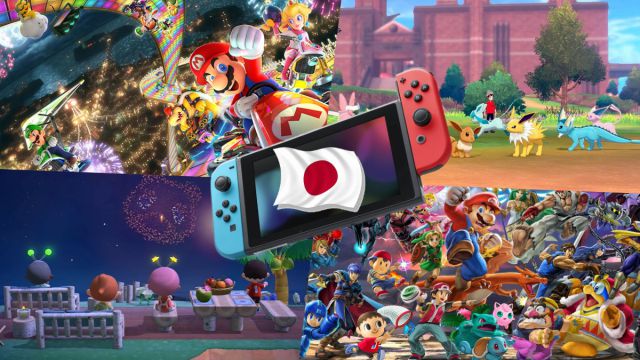 Nintendo Switch: The Kyoto hybrid has already sold 20 million consoles in Japan; Famitsu reveals which are the 5 best-selling games. Nintendo Switch is giving a lot to talk about in recent weeks. The leaks about the next model have not stopped, and neither have the sales of the current models of the console and its games. During the close of the fiscal year ending March 31, 2021, the Japanese announced that they had sold 84.59 million machines worldwide. Now, Famitsu magazine has revealed that 20 million have been sold in Japanese territory alone.

A console is nothing without its games, and of course the Nintendo Switch has not been without best-selling titles. The launch of Animal Crossing: New Horizons broke all records at a time when most citizens were in lockdown due to the coronavirus epidemic. The success of this video game has occurred in all places, including his native Japan. Famitsu confirms that this cute title is the best-selling console in Japan. Below you can see the complete list:

The future of Nintendo Switch goes through some video games already announced. Mario Golf: Super Rush is the next in-house production project to be released, but on the horizon there are other long-awaited games that have not revealed their release date. Following the arrival of the HD version of The Legend of Zelda: Skyward Sword in July, the question is when the sequel to Breath of the Wild will come out. Nor do we know anything about Bayonetta 3 or Metroid Prime 4, two titles that Nintendo keeps in the most absolute of secrets. Maybe during E3? We’ll check it out in a few weeks.

Free Fire Celebrates The Day Of The Dead With Otho, A...