Home Entertainment Nintendo Switch Calendar: Main Games That Will Arrive In 2021 And 2022 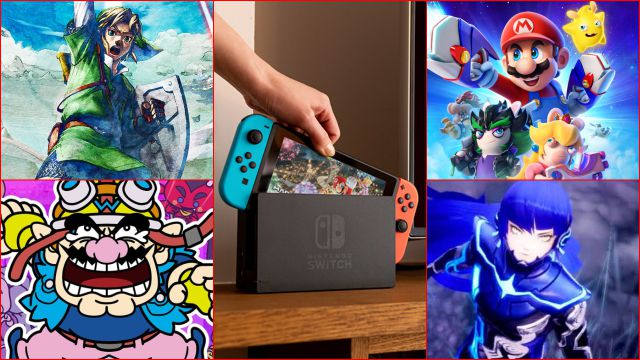 Nintendo Switch: Nintendo publishes an infographic with the most outstanding releases for the console between now and next year 2022 after the end of E3 2021. Nintendo has published through its profile of the social network Twitter an infographic image where they present to their followers the main game launches that will arrive on Nintendo Switch between now and 2022. After E3 2021, which the Nintendo Direct was in charge of to show the roadmap of the console, it is time to capture everything in a photograph. Summer, fall, winter and 2022. That’s how things are with the hybrid.

As we can see, the image leaves out the sequel to The Legend of Zelda: Breath of the Wild, contemplated according to Nintendo itself in its latest trailer for the year 2022. Those who are not left out are Splatoon 3, Legends Pokémon Arceus, Project Triangle Strategy and Mario + Rabbids: Sparks of Hope.

But beyond what is currently available since the beginning of 2021, which also appears in the infographic, we have a division by seasons with names like The Legend of Zelda: Skyward Sword, No More Heroes III or Mario Golf: Super Rush, which opens this June 25th.

The first great exclusive end-of-year premieres will come in the fall, such as Metroid Dread or Wario Ware: Get It Together !; While in winter we will have Pokémon Shining Diamond / Shining Pearl, Shin Megami Tensei V, Mario Party Superstars and Advance Wars 1 + 2: Re-Boot Camp, among others.

Currently and unless Nintendo says otherwise in the coming weeks with new announcements, Nintendo Switch has two models in its family, the standard (hybrid) and Nintendo Switch Lite, available from the end of 2019, cheaper and only portable. Different sources point to the announcement of a redesign of the machine that renews the characteristics of the console. At the moment, there is no official information about it.

Among Us: Imposter-Shaped Nugget Retails for $99,000