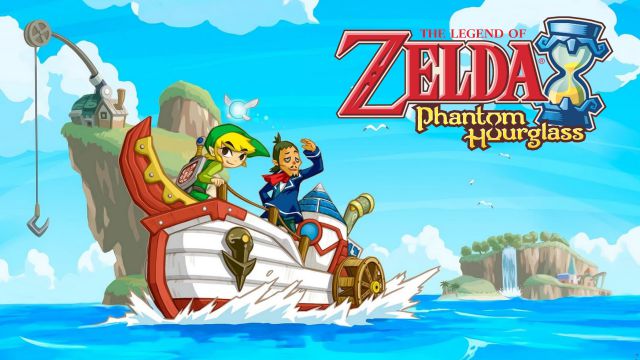 Upgrade
They have also registered The Legend of Zelda: Wind Waker, the GameCube game that was remastered on Wii U.

The Legend of Zelda saga turns 35 in 2021, an important date because the Japanese company usually celebrates anniversaries with new products, as in the case of Super Mario. At the moment, Nintendo has not released a pledge, although the sequel to Breath of the Wild is still in development for Nintendo Switch. Whether or not it is a coincidence, those in Kyoto have registered the trademark The Legend of Zelda: Phantom Hourglass in Australia.

The Twitter user KeilosFR is the one who has discovered the document, which as can be seen below these lines, does not specify anything concrete, so there are no clues as to whether it is a new version of the Nintendo DS classic. The dates, however, do indicate that the renewal of the brand has been recent: it was presented in October 2020 and accepted in November of that same year. Thus, the property will last until July 2030, that is, an additional decade.

Also reissued on Wii U

Phantom Hourglass was originally marketed on the Nintendo DS, and while it’s not the most beloved title by any means, it was conceived as a sequel to Wind Waker. In fact, the art style continues in the vein of the GameCube classic. The game used the stylus to handle Link, a differentiator with respect to other products in the series. It was later reissued on the Wii U virtual console. In addition, the Japanese designed a completely unreleased sequel for DS, The Legend of Zelda: Spirit Tracks.

And what about Link’s 35th birthday? At the moment absolutely nothing. The Legend of Zelda: Breath of the Wild 2 does not yet have a release date, although in the Hyrule Warrriors: Age of Cataclysm announcement trailer, its creators stated that they were not yet ready to announce more news.

The best Android VPN apps! Here is the list

Computex 2020 Officially Canceled Due to COVID-19