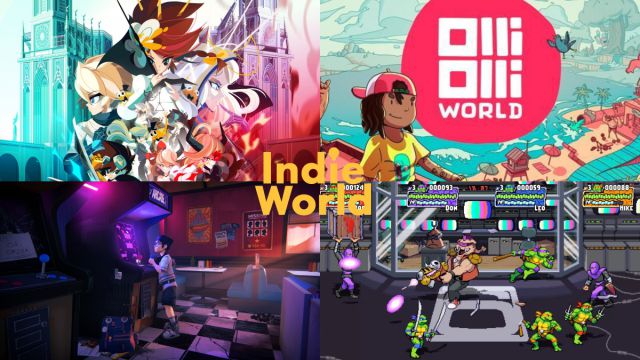 Nintendo Indie World: In just twenty minutes into the event, those from Kyoto have given space to numerous productions, which will come out in the coming months. Nintendo Indie World has returned with new indie titles for Nintendo Switch. As planned, the Japanese company has presented some of the upcoming releases for the console. During the presentation, titles developed in very different parts of the world have been shown, but among the most interesting novelties are OlliOlliWorld, Road 96, Oxenfree II and much more.

Yoan Fanise worked for years at Ubisoft and is responsible for Valiant Hearts, a game set in the First World War. Together with Bandai Namco he explored that same setting with 11-11: Memories Retold. In his new project developed by DigixArts, the creative travels to a fictional world reminiscent of the border between the United States and Mexico. Road 96 drinks from the road movie and offers us a procedurally designed world that will also be played on the Nintendo Switch screen. The company has announced that it will debut this year on the platform.

Skate games have returned to the forefront with the announcement of Skate 4 by Electronic Arts. However, Roll7 returns with a more casual proposal, which is nothing more than a new installment of one of the most successful sports games. It is OlliOlli World, a 2D title that takes place in side scrolling and that invites us to travel the world mounted on a skateboard, all in a fun video game with multiple platforms and challenges.

The Ninja Turtles, also on Switch

DotEmu, creators of Streets of Rage 4, recently announced the development of Teenage Mutant Ninja Turtles: Shredder’s Revenge, the new Ninja Turtles game. At Nintendo Indie World, it has been confirmed that the game will also be released on Nintendo Switch sometime in 2021. Following the guidelines of the classics, DotEmu has collaborated with Tribune Games to collect the essence of the past and offer a beat ’em up with the scent of classic. They have opted for a pixel art style that takes us back to a bygone era, but beyond nostalgia, the team has every intention of launching a title to remember.

Other interesting titles that have received attention have been Cris Tales and Oxenfree 2. The first of them is a tribute to the classic JRPG, although with a somewhat different perspective. “Explore the past, act in the present, and watch your decisions dynamically change the future, all on your same game screen!” Describes the official synopsis. Oxenfree II: Lost Signals, by Night School Studio, works as a supernatural narrative title, since the protagonist will have to face a series of phantasmagorical events. Five years after the story in the original game. Riley returns to Camena to investigate some strange signs. It will be out in 2021 for Nintendo Switch.

Portugal and the zombies arrive in Civilization VI