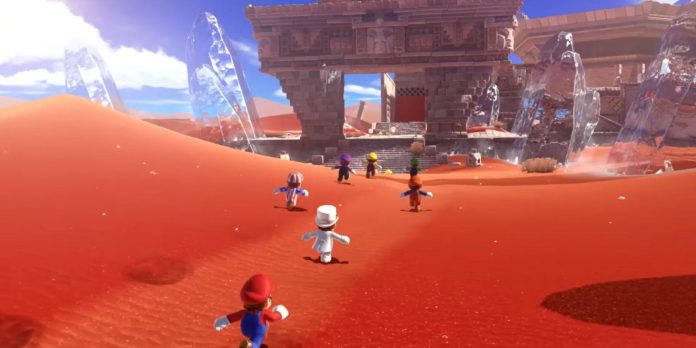 In many ways, the Super Mario Bros. franchise It has always been the main candidate for supporting a cooperative multiplayer game. After all, it’s based on a pair of brothers, Mario and Luigi. However, surprisingly few Mario games support a full-fledged cooperative, especially when it comes to 3D Mario games. Some talented fans decided to do something about it. The recently released mod made it possible to play together in the Super Mario Odyssey 3D platformer exclusive to Nintendo Switch.

However, before moving on to the potential possibilities of changing the way Super Mario Odyssey works, CraftyBoss focused on making the Super Mario Odyssey Online Multiplayer mod work with the basic structure of the game that he modified. Thus, the mod supports a common Moon collection between all players. No matter who finds the moon, the progress will be shared between the whole team. In addition, “almost” every capture in the game is shared between players, so if one person becomes a Chain Chomp, then the whole team too.

To help players stand out from each other, CraftyBoss has also implemented a system that allows players to choose different costumes for 3D Mario. Everyone is still Mario, but they can wear unlocked costumes as they please, and they will sync through multiplayer mode so everyone can recognize each other. There is also room to add new 3D models in the future.

Needless to say, the Super Mario Odyssey Online Multiplayer mod is a very exciting creation, as well as technically very impressive. Unfortunately, since Super Mario Odyssey is an exclusive game for the Nintendo Switch, many potential players will not be able to figure out how to modify the game. There is also a threat that Nintendo will shut down the project if it decides that it is too close to what it wants to do in the future. However, CraftyBoss has created something special, and Super Mario Odyssey fans will surely appreciate this product.

Super Mario Odyssey is already available on the Nintendo Switch.

Miss Marvel: 10 Facts about ClanDestine that only Marvel Comics Fans...