Home Entertainment Nintendo Does Not Have More Things Planned For The 35th Anniversary Of... 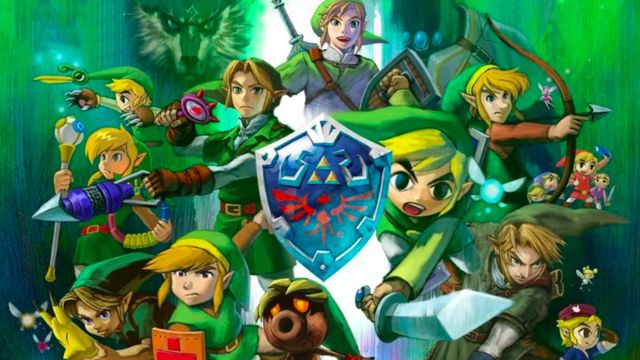 Nintendo: The company discards more ads, games or compilations aside from Skyward Sword for Nintendo Switch and the Game & Watch of The Legend of Zelda. The HD remasters of Wind Waker and Twilight Princess that came out on Wii U … stay on Wii U. At least for now. And the rumors about a possible The Legend of Zelda 3D Collection that includes, in addition to those mentioned, Ocarina of Time, they do not stop being that, rumors. Some of us, naive of us, even believed that Nintendo would not forget about Majora’s Mask and would dare to put it in the compilation as well. It would have been a great detail for the 35th anniversary of the saga. Seeing that we did not learn the lesson with Super Mario 3D All-Stars and that we were getting too excited, Eiji Aonuma, the director of the series, had to go on stage during the Nintendo Direct of E3 2021 to clarify that no, that Nintendo is not working on any commemorative editions or anything like that. “We do not plan any other game for Nintendo Switch or any campaign”, were the exact words of him.

How do you celebrate the 35th anniversary of Zelda?

The fans of The Legend of Zelda will therefore have to turn a deaf ear to all the rumors surrounding the remasters and will have to comply with what was announced. What is it? Well the first thing, two expansions for Hyrule Warriors: The Age of Cataclysm, which already have a date, price and content. The first, The Ancestral Heartbeat, will be released on June 18 and includes important new features, such as the possibility of handling the Guardian as a playable character or the return of the Alpha Hyliana Moto. For its part, a few weeks later we will have with us the remastering of Skyward Sword for Nintendo Switch, on sale on July 16. And finally, with a view to Christmas, Nintendo has announced a new Zelda Game & Watch that, in addition to acting as a clock and stopwatch, brings with it the original The Legend of Zelda; its sequel, The Legend of Zelda II: The Adventure of Link; the Game Boy version of The Legend of Zelda: Link’s Awakening; and a Game & Watch minigame starring Link.