Home Entertainment Nintendo Direct, September 2022: Everything is announced, including The Legend of Zelda:... 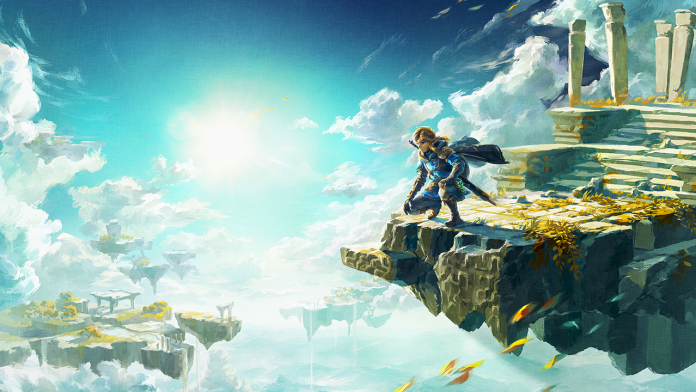 My friends, this day has finally come. The new Nintendo Direct has arrived, and among many other games, it has given us the long-awaited title and release date of the sequel to The Legend of Zelda: Breath of the Wild.

Although it was all Zelda news, fans were also excited about the announcement of Fire Emblem Engage, the news that Pikmin 4 will be released in 2023, a new Octopath Traveler and Kirby game is on the way, and Goldeneye 007 is heading to the Nintendo Switch. Online and much more.

A lot has been invested in these 40 minutes, and we are here to collect all the ads, trailers and gameplay videos in one place so that you don’t miss anything.

The sequel to Breath of the Wild is called The Legend of Zelda: Tears of the Kingdom and It’s Out, May 12, 2023.

In addition to another brief overview of the gameplay, we finally have a release date and the name of the sequel to The Legend of Zelda: Breath of the Wild.

Yes, on May 12, 2023, The Legend of Zelda: Tears of the Kingdom will be released on the Nintendo Switch.

The trailer contained footage of Link exploring Hyrule—both on earth and in the sky—and gave us a glimpse into the new power of stasis and the shattered world that Hyrule seems to have become. It also featured a lot of skydiving, Link riding a stone bird, and more.

While we haven’t learned too much about it, Shigeru Miyamoto stopped by Nintendo Direct to announce that Pikmin 4 will finally be released on Switch in 2023. close to completion” in 2015.

Fire Emblem Engage is the next main game in the Fire Emblem series, which tells a story set a thousand years after the four kingdoms sealed the great evil known as the Fallen Dragon. In Engage, players will become a Divine dragon named Alear, who must collect rings with emblems in order to “bring peace back to the continent of the Elians.” During your journey, you will even be able to invite other Fire Emblem characters from previous games, such as Mart and Selika, to join your group.

Fire Emblem Engage will be released on the Nintendo Switch on January 20, 2023.

Kirby’s Return to Dream Land was first released on Wii in 2011, and in 2023 it will appear on Switch in a brand new pink puffy package. This updated title features a four-player multiplayer mode and a collection of mini-games like Samurai Kirby and Magolor’s Tome Trackers.

Kirby’s Return to Dream Land Deluxe will be released on February 24, 2023.

Octopath Traveler 2 will be released on February 24, 2023 and will bring with it a completely new group of heroes and a completely new story in the world of Soloism, all in the same beautiful 2D-HD art style as the original. besides other JRPGs.

Octopath Traveler 2 will not be exclusive to Switch, and will also be released on PC (via Steam), PS5 and PS4.

Nintendo Direct has provided fans with a new trailer for Bayonetta 3, which tells a little more about the game, which is due to be released on Switch on October 28, 2022. The new footage demonstrates combat, summoning demons, Bayonetta’s transformation abilities and much more.

Final Fantasy Theatrhythm: Final Bar Line is a celebration of the franchise’s music, and it will be released early next year

Final Fantasy Theatrhythm: Final Bar Line is a celebration of the music of the franchise and a completely new part of the series that began on 3DS. There will be over 385 songs in this new game and it will allow two players to play locally and up to four players online. He will also have a season pass that will add 90 new songs, including some from Nier, Octopath Traveler and Live a Live.

Final Fantasy Theatrhythm: Final Bar Line will be released on the Nintendo Switch on February 16, 2023.

Goldeneye 007 (with an online game!), Mario Party and Pokemon Stadium are leading the list of new N64 games designed for Switch

Nintendo has talked about some future games that will soon be added to Nintendo Switch Online, and perhaps the most exciting is Goldeneye 007. If that’s not enough, Goldeneye will even include an online game. In addition to Goldeneye, Pilotwings, Mario Party, Mario Party 2, Mario Party 3, Pokemon Stadium, Pokemon Stadium 2, 1080 Snowboarding and Excitebike 64 will also join the service in 2022 and 2023.

Crisis Core: Final Fantasy VII Reunion will be officially released on Switch and other platforms on December 13, 2022. She will tell the story of Zack Fair and become a remaster of classics for PSP.

Why fighters in D&D are more interesting than you Think

The biggest Minecraft updates since launch