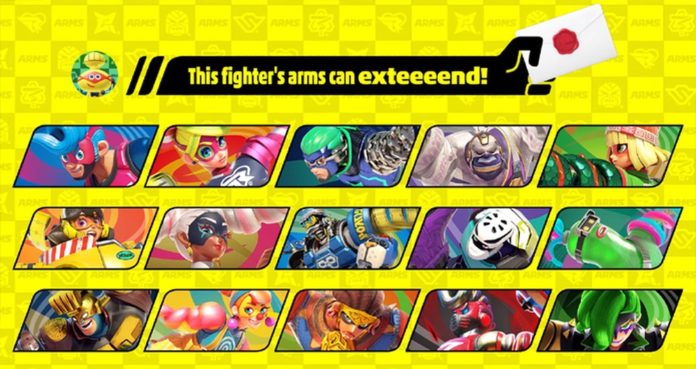 Nintendo unveiled one of its Nintendo Direct Mini broadcasts by surprise on Thursday (26), with news for the Nintendo Switch. The sexual-themed game Catherine: Full Body arrives on the console, in addition to the announcement of a new Super Smash Bros. fighter. Ultimate, which comes from the Arms game. An unpublished trailer for Bravely Default 2, the release date for Xenoblade Chronicles and more details of the Pokémon Sword and Shield expansion were also presented. Finally, some classics will be re-released on the Switch with collections of Bioshock, Borderlands and XCOM 2, and more information about Burnout Paradise Remastered.

New character from Super Smash Bros. Ultimate
The long-awaited sixth character in the Super Smash Bros. season pass. Ultimate has not yet been revealed on this Direct. Despite this, Nintendo confirms that it comes from the fighting game Arms and arrives in June. Launched in June 2017, Arms was one of the first major Nintendo Switch titles with battles in which characters stretched their arms as if they had springs. The original title is available free of charge to Nintendo Switch Online subscribers from today until June 4.

Bravely Default 2 demo
Bravely Default, the Square Enix RPG series, also appeared in a new trailer that revealed the heroes of Bravely Default 2. The protagonist Seth arrives on the beaches of one of the warring kingdoms and meets Gloria, a princess from one of the destroyed kingdoms. They join the scholar Elvis and the mercenary Adelle, hired by him, on a journey in search of four magical crystals and the Heroes of Light. The game can be tested in a demo available today on the Switch, scheduled for release in 2020.

Remastered version of Xenoblade Chronicles
Originally released for the Nintendo Wii, the RPG Xenoblade Chronicles gets a remastered version for the Nintendo Switch with an updated look on May 29. The game tells the story of a world where biological and mechanical creatures are in conflict. The title follows in the footsteps of Shulk, who wields the Monado sword with the ability to see the future. For players who already know the original game well, there is an unprecedented epilogue called “Future Connected”. No details were given on the epilogue, but it is possible that it connects to the events of Xenoblade Chronicles 2.

Other games
2K Games brings several of its popular series to the Switch on May 29. BioShock: The Collection features the first two BioShock and its sequel BioShock Infinite, with all DLCs released. Borderlands also has the first two games and also Borderlands: The Pre-Sequel. XCOM 2 Collection comes with the XCOM 2 game, its War of the Chosen expansion and four DLC packs.

Catherine: Full Body on Switch
The new version of the adult game Catherine: Full Body also arrives on the Switch on July 7 with its mix of puzzles and history with “controversial” themes, such as sex and betrayal. The game follows in the footsteps of Vincent split between his fiancee Katherine, the seductive Catherine he just met and a new character named Rin. In addition, Burnout Paradise Remastered was quickly shown to the console and comes out in 2020, with no set date.

Pokémon Sword and Shield DLC
Pokémon Sword and Shield had some new details revealed about their first expansion pack: Isle of Armor. The DLC takes players to a battle dojo where they receive a martial arts expert Pokémon bear called Kubfu. Beside the little monster, they can participate in the Tower of Two Fists challenge and challenge one of two towers: Water or Darkness. Upon completing the challenge, Kubfu will evolve into Urshifu, but with different attack styles depending on the chosen tower.

The expansion also brings a new final evolution to the initial Pokémon, the Gigantamax form, with powerful moves, as well as new clothes and hairstyles to personalize your trainer. Starting today in the Wild Area, players can find Raid Battles with Gigantamax versions of Copperajah and Duraludon in Pokémon Sword and Garbodor and Charizard in Pokémon Shield. The second part of the expansion: The Crown Tundra will come out later this year.