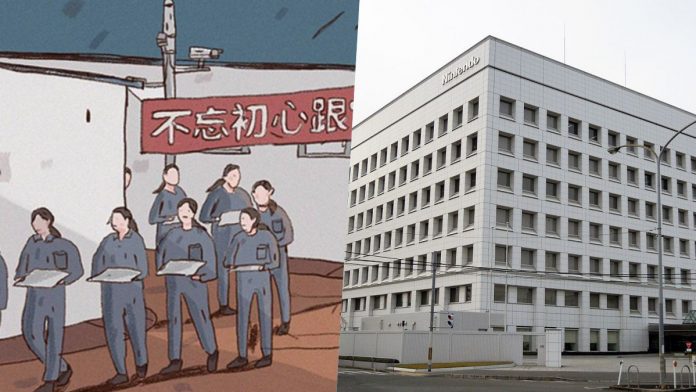 Nintendo: The company admits that it has conducted an investigation and that it has asked its partners to sign their guides of conduct. A report published by the Australian Strategic Policy Institute, linked video game companies to certain cases of forced labor, specifically related to the Uighur Muslim minority. It allegedly occurred in Chinese factories in which some of the consoles and technological devices of various companies are manufactured, among which are Nintendo, Microsoft and Sony. However, in the Super Mario company he denies that they have knowledge about these alleged abuses.

During a question and answer session with shareholders, an investor asked members of the board of directors about his views on human rights in China. The shareholder recalled that Nintendo has previously worked with companies that have been related to problems of this nature. Shuntaro Furukawa, the president of the Kyoto authorities, has assured that they have already investigated the complaints and that they have started procedures.

They have no knowledge that this is so

“We are aware that there was a report saying that Uyghurs may have been forced to work in factories in our supply chain,” Furukawa said. “However, we have investigated the factory indicated in the document and we have not been able to find any report that proves that it was our business partner. We have also received no reports of forced labor in our supply chain. ”

According to the president, in order to ensure that this situation does not occur, they have established a series of policies that suppliers must comply with. “We run our business under a policy that if there is a serious risk of forced labor, not just for the Uyghurs, we will stop doing business with them [the partners].” And he adds. “As a global company we will continue to work alongside our production partners to implement ethical policies.”

According to the report, more than 80 companies work with partners and factories that force Uyghurs to work.

WhatsApp Pay is released in Brazil; see how to access