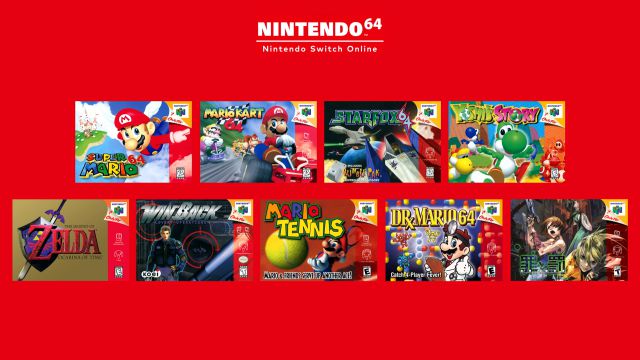 Nintendo 64: The Kyoto hybrid service will be expanded with an expansion pack that will also include Mega Drive titles. It had been rumored for a while, but it was finally confirmed during the most recent Nintendo Direct, which took place on September 24. Nintendo 64 games can be played on the Japanese console thanks to the Nintendo Switch Online service. In addition, subscribers who take advantage of the new plan will also be able to access Mega Drive classics, in both cases upon payment of the expansion pass. Now, through social networks, Mario’s have reported that all games will be available at 60Hz in English.

In some specific cases, the PAL option can also be chosen, so it will also be possible to change the language of the texts to their version translated into Spanish. “All Nintendo 64 titles included in Nintendo Switch Online + Expansion Pack can be played in English at 60Hz,” they have posted on social networks. “Some titles will offer the ability to play them in the original European PAL version, with language options.”

The Nintendo Switch Online Expansion Pack is a separate subscription that does not replace the basic plan. All players will have the possibility to subscribe to the new plan, for a price that has not yet been specified. It will not take long to confirm, since the service is scheduled to start up soon, at the end of this month of October.

Authentic classics such as Super Mario 64, The Legend of Zelda: Ocarina of Time, Mario Kart 64 or Lylat Wars, Golden Ax or Sonic The Hedgehog will be available from the launch of the pass. As with the NES and SNES, the plan is to keep adding games over the months. In the Nintendo Direct some of the works that will be incorporated into the catalog later came out, titles such as The Legend of Zelda: Majora’s Mask, Kirby 64 or Paper Mario.