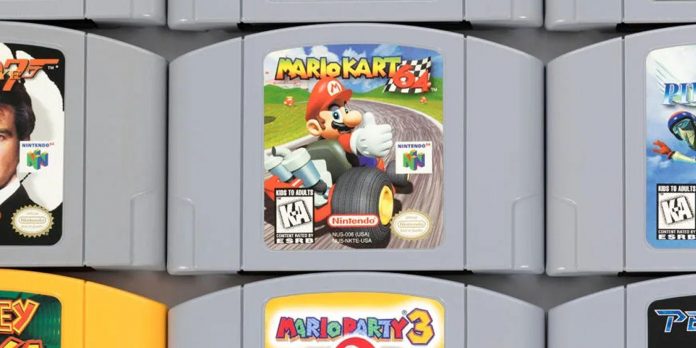 A video has appeared on YouTube with beta versions of the gameplay of many well-known games for the Nintendo 64, including the canceled Kirby’s Air Ride, Blast Corps and many others. A curious video is taken from an advertising tape found at an auction, where, allegedly, we are talking about the soundtrack to Super Mario 64. Instead, it turned out that the VHS cassette was mislabeled and was instead made as an advertisement for the console as a whole.

The first part of the promotional materials tells about the Nintendo 64 and its controller, as well as how players use its buttons. However, after four minutes, the video turns into a long advertisement for games in development, with footage of the gameplay of the beta version. This includes evidence that some things were cut and removed from the final builds, for example, Wave Race 64 had five riders instead of four.

In total, thirteen games are presented in detail on the VHS cassette. These are StarFox 64, Wave Race 64, Blast Corps, Kirby’s Air Ride, Cruisin’ USA, Body Harvest, Star Wars: Shadows of the Empire, Mario Kart 64, Goldeneye 007, Turok, Killer Instinct, Pilot Wings 64 and Super. Unsurprisingly, Mario 64 was left for last. However, Mortal Kombat and Wayne Greyzky’s 3D Hockey are briefly shown at the end, and the Doom 64 logo is included to say it is one of “over 50 games” being developed for the console.

Some of the beta footage shown in this video has already been posted online before, as seen from StarFox 64 and the Kirby’s Air Ride beta game, which is quite similar to the E3 demo footage seen in 1996. However, this new YouTube upload was copied straight from a VHS promotional cassette and scaled up to 4K, making it the highest quality currently available.

Fans of these games rejoice at a successful find, and also study it carefully to understand how these games have changed compared to their final products. The most striking example is that Kirby’s Air Ride looks more like skateboard physics compared to the light racing in Kirby’s latest game found on GameCube. Super Mario Kart R, later known as Mario Kart 64, also has various item crates.

Tanks Caps, the owner of this curious videotape, stated that the video was published in the public domain in order to preserve video games. Fans are also allowed to use the footage at will, as Tanks Caps says in the description that they are “just glad it’s there and not on someone’s shelf to collect dust.” The video itself is an incredible find for both novice game developers and other devoted Nintendo 64 fans who can look back with nostalgia.

Netflix publishes trailer for 7 prisoners, film with Rodrigo Santoro and...

The Best Office Storyline Deserves To Be Longer