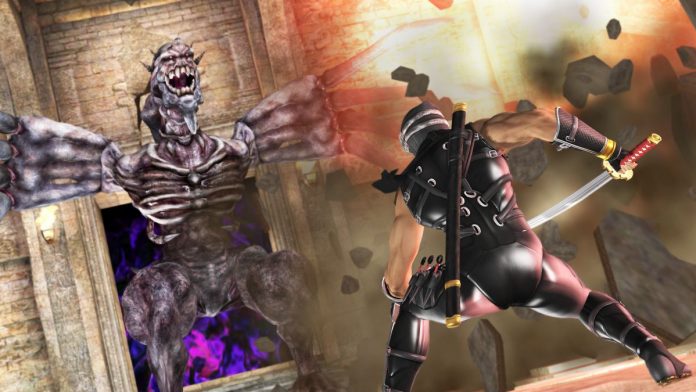 Ninja Gaiden: Master Collection, The compilation includes the trilogy, but not in its original versions, but in the special ones that came out later.After two installments of the Nioh saga and the odd licensed project, Team Ninja is ready to resume one of its absent sagas, although not with a new installment. The Japanese developer will release Ninja Gaiden: Master Collection, an adaptation of the trilogy for current platforms. After showing a trailer focused on the different characters that we can handle throughout the three adventures, Koei Tecmo has posted a new video, this time totally focused on the unbridled action.

Ryu Hayabusa, the protagonist ninja, brandishes his katana against the waves of enemies that he has before his eyes. Endowed with superb combat skills, the character moves through the battlefield with ease and flexibility, as every hack’n slash deserves. This compilation does not collect the three original Ninja Gaiden, but the Sigma and Razor’s Edge versions of the third installment. Beyond the graphical modifications, it introduces some controversial changes that affect difficulty and development. The choice of the Sigma versions was due to a very particular reason: basically, the original code was lost or incomplete, so they have been forced to resort to this option. Less is nothing.

Goodbye to the online and the cooperative

It should be noted that Ninja Gaiden: Master Collection does not include all the modes that were available during the launch of these games on previous machines. Team Ninja has decided to do without the online and cooperative mode, so the Tag Mission missions will have to be tackled alone.

Ninja Gaiden: Master Collection will be released on June 10 on PS4, Xbox One, Nintendo Switch and PC. Of course, it will also take advantage of the hardware of the Xbox Series X, Xbox Series S and PC to offer graphics and performance improvements. In this news you can discover how it works on each of the platforms.