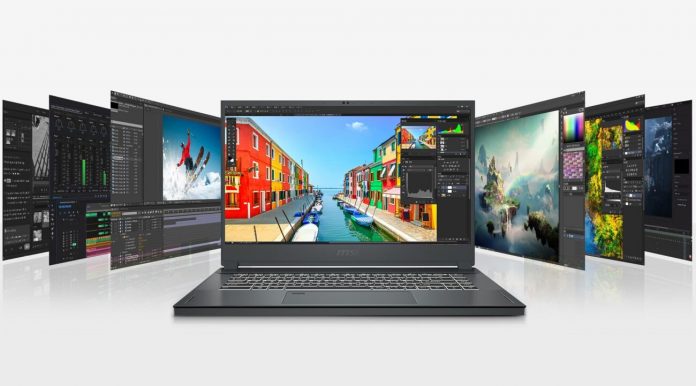 Gaming laptop models introduced by MSI at CES 2021 have finally appeared. The models that use Intel’s 10th generation processors in terms of hardware have unique features in terms of design.

MSI GE76 Raider & Dragon Edition Tiamat, specially developed for MSI’s 35th anniversary, has a special design. Tiamat was first introduced with MSIology, the MSI virtual event. The model, named after Tiamat, the dragon, which is seen as the mother of all gods in Babylonian mythology, has a special dragon relief.

On the processor side, the laptop, which comes with Intel 10th generation Core i9-10980HK, has a screen size of 17.3 inches. The model has two different resolution options, UHD and FHD. Tiamat is equipped with 64 GB RAM with DDR4 technology as RAM.

Thanks to the cooperation with MSI, Intel and Nvidia, we come up with the Resizable Bar technology that provides full access of the CPU to the graphics processor. Thanks to this technology, FPS values ​​increase by 5 to 10 percent.

The model, which has the Wi-Fi 6E standard, comes with MSI Cooler Boost 5, which is also used in GE series for cooling. In this system, 6 cooling pipes and 2 fans allow your laptop computer to run at a much more stable temperature and cool quickly.

The keyboard design of the MSI GE76, made by Steelseries, stands out with its sharp lines and gold-colored details.

MSI GE66 Raider comes up with the 10th generation i9-10980HK on the processor side. On the graphics processor side, the model equipped with RTX 3080 and 3070 like Tiamat is available in the version using RTX 3060.

Just like Tiamat, the model with FHD and UHD resolution options has a screen size of 15.6 inches. This screen used in the MSI GE66 Raider model has two different versions at 300 Hz and 240 Hz refresh rate as in Tiamat. On the RAM side, the model, which comes with DDR4 64 GB RAM, differs from Tiamat in terms of design.

MSI GS66 Stealth and its features

GS66 Stealth, which has an important design award such as the Red Dot 2020 design award, comes up with the RTX 30 series graphics processor.

DLSS AI technology that comes with RTX 30 allows you to play games in 4K resolution with Ray Tracing and 60 FPS support.

GS66 Stealth with a 5.6 inch screen size promises high performance and a long battery life especially with its 99.9 WHr battery. This provides much longer use for business people who are constantly mobile.

The laptop has an IPS display with 300 Hz support and comes with the Cooler Boost Trinity Plus cooling system.

MSI repeats the core design elements of Tiamat in these two models, creating a performance laptop for both your daily business and gamers.

The two models that come with Intel Core 10th Generation i7-10870H processor come with RTX 3070 and 3060 graphics card. The model, which also offers 64 GB support on the RAM side, also has Wi-Fi 6 support.

The Stealth 15M is the thinnest in the gaming computer market, with a body thickness of 16.15 mm. Coming with an Intel Core 10th Generation i7-10870H processor, the model comes with NVIDIA GeForce RTXTM 3060 GPU and RAM hardware up to 64 GB.

This slim gaming laptop is equipped with a 144 Hz refresh rate FHD display.

Coming with an Intel Core 10th Generation i7-10870H processor, the model comes with an RTX 3060 graphics card. Models with options up to 64 GB on the RAM side attract attention with their red and black designs.

The main difference between the two models is again on the screen size side. The GF75 Thin comes with 17.3 inches, and the GF65 Thin with 15.6 inches of FHD and 144 Hz displays.

Although MSI specializes in game-oriented models, Creator 15 is not a model focused on gaming performance.

On the other hand, the model that comes with an Intel Core 10th Generation i7-10870H processor comes with RTX 3080, 3070 and 3060 graphics card options. The computer, which comes up with two different screens, has 4K UHD or FHD screen options in the 15.6 inch model.

The model, which weighs 2.1 kilograms, has the features to meet the business and game performance at the top level.

Will The Last of Us 2 be postponed? Sony answered