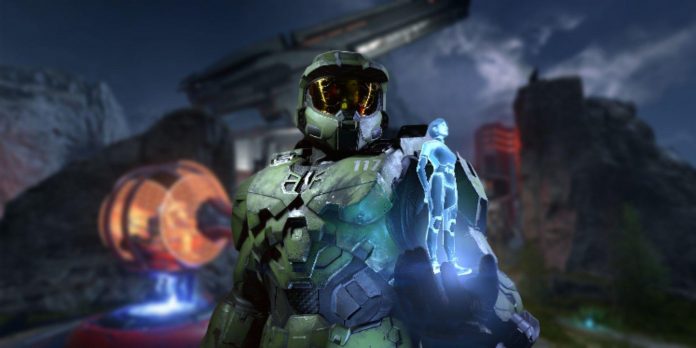 When the first reviews of Halo Infinite began to arrive, it became clear that the world of Zeta Halo, developed by 343 Industries, is very lively, with a magnificent environment and an overall aesthetic that is more reminiscent of the original trilogy than Halo 5: Guardians. Thanks to Halo Infinite, 343 Industries has the opportunity to start all over again and create a Halo game based on player feedback, as well as something new that the franchise has never seen. Although many believe that the gameplay in the last part of Halo was and remains funny, everyone agrees that something was missing in Halo Infinite.

Fans thought what was really missing was the ability to play the game in co-op on a couch with full split-screen support, among other things, but this is something that 343 Industries has been putting off for a long time until an approximate launch date was set. for August 2022. And yet, now that the Halo Infinite roadmap has been released, the dream of a shared split-screen game has disappeared due to the fact that it has been completely eliminated, much to the disappointment of gamers. Not only that, the 3rd season of Halo Infinite was supposed to be released soon, but instead it is now being postponed until March 2023, which makes it seem that the company’s supposed 10-year plan will not come to fruition.

The new roadmap for Halo Infinite is causing controversy among fans due to the fact that Season 3 is delayed by four months, which also means that Season 2 will last a total of 10 months when it ends. It’s not the idea of a live-service game that 343 Industries suggested players should expect at some point during development, and it’s pretty far from having enough content to play for a year, let alone ten.

Although the Forge mode will appear in November, all the rest of the new content will appear in the third season, which is released in March. This includes two new maps, both made in Forge mode, and although they are a step in the right direction, some believe that it is too little and too late. The roadmap itself seems pretty shallow, and Forge mode can only do so much to help the game stay afloat when other competitors, such as Destiny 2, regularly release content. Not only that, but Forge mode also raises questions about the identity of Halo Infinite as a whole.

While this will allow players to go crazy and create the maps they want, this approach is a kind of hybrid between Fortnite and Minecraft, with neither being the model that 343 Industries set for itself almost a year after the release of Halo Infinite. Between Forge mode coming too late to maintain the game, split screen that was canceled after too many promises, delayed Season 3, and important features like in-game reports that will be released next year, players are unhappy with the current state. games.

Some call it the end of the franchise, or at least Halo Infinite, but there is a chance that the game will recover over time. The real problem is that trust is not so easy to restore, and that’s why so many promises about the game turned out to be a double-edged sword. Over the nine months of its existence, the 10-year Halo Infinite plan looks more like a pipe dream than a concrete project. Infinity is a great concept for a Halo game, but it should become something more than a concept almost a year after its release.

Raft: where to find trading posts