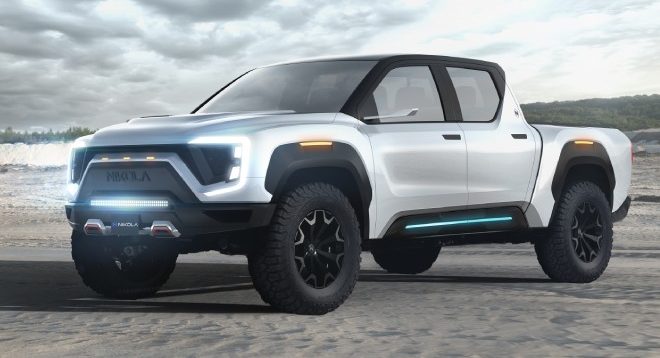 American electric truck maker Nikola Motors makes big promises for the upcoming pick-up model Badger. According to the information on the official website of the company, the vehicle will have a full range of 965 km, and will accelerate 0-100 km in just 2.9 seconds.

The Arizona-based company, which takes its name from the famous inventor Nikola Tesla, just like its rival, Tesla, was originally an electric truck manufacturer, but we have also come up with different products such as electric UTV and electric jet ski. This time, Nikola Motors’ goal is to develop a pick-up that can beat Tesla’s futurist model Cybertruck.

Offering 160 km more range than Tesla Cybertruck offers, the electric van can travel 965 km on full charge thanks to its 8 kg liquid hydrogen as well as a 120 kWh fuel cell.

Badger, which draws attention with its design line as well as performance features, can easily confront Tesla’s handsome man, at least on paper. In fact, I think it would not be wrong to say that the vehicle is more suitable for urban use than Cybertruck due to its modern design. Nikola also announced that he plans to build 700 hydrogen stations in North America.

Tesla Sent a Letter That Reveals the Model 3 Update Rumors