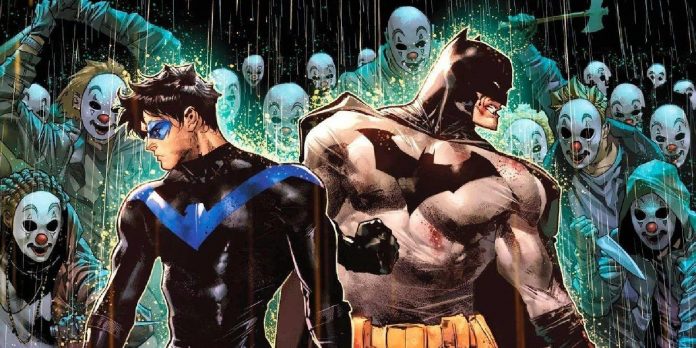 Despite the fact that Nightwing cannot see the future, he knows one thing that will certainly kill Batman: old age. Despite saving Gotham City for over 80 years, Batman rarely shows his age and never shows signs of aging in the main DC continuity. But Nightwing seems to be worried about Bruce growing up, and for good reason.

Bruce Wayne and Dick Grayson, also known as Batman and Nightwing, have worked side by side almost since Batman’s debut as a character. Dick Grayson originally served as the first Robin, first appearing in 1940. Dick has aged dramatically over the years, as have many of Batman’s child pals. While Dick started his Robin career at the age of eight, he is now working as a Nightwing, somewhere in the mid or late twenties. The exact age of these iconic characters is less important than how, despite the fact that his buddies are regularly introduced and then gradually aging, Bruce Wayne himself seemed to have fluctuated for decades somewhere in the mid-thirties.

However, the historical age of Batman significantly exceeds 80 years, and this tidbit is humorously considered in “Detective Comics” No. 1062 (Ram Vee, Simon Spurrier and Rafael Albuquerque). When Nightwing calls Batman, who is undergoing a series of medical tests. Bruce is worried that something is wrong with him after a few mistakes in the recent battle. Dick begins asking his mentor to take into account “the fact that you may be getting too old for…” before Bruce interrupts him with a smirk and dismissing Nightwing’s concerns about Batman’s increasing age and possibly declining abilities.

It’s a fun exchange that highlights Bruce and Dick’s close relationship, especially after decades of working together on the page. Bruce treats Dick’s concern as a joke, but in fact Nightwing has an opinion about Batman. As Batman’s minor characters continue to age—whether it’s Nightwing himself or the last Robin, Damian Wayne, who has aged four years while the characters around him remain the same age—Batman doesn’t age. This raises an interesting meta-textual question: at what point does Batman begin to age and when does it become a problem in the narrative? When will Bruce Wayne have to leave Batman for the main DC continuity?

The answer to all these questions is obviously “never,” otherwise DC would have to give up one of its most famous characters. But it’s still an interesting problem for an environment like superhero comics. Time and age work differently in serial stories like Batman and Nightwing. But as Nightwing—Bruce Wayne’s first ward and assistant—continues to age, fans and writers have to wonder: Has Batman finally become too old to be Batman?