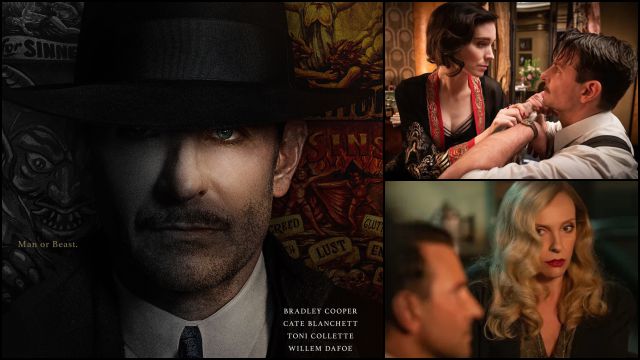 Nightmare Alley: With actors like Bradley Cooper, Cate Blanchett and Rooney Mara, the film is responsible for adapting the novel of the same name by William Lindsay Gresham. Searchlight Pictures has released the first full trailer for Nightmare Alley, the new film by Mexican filmmaker Guillermo del Toro. The renowned director opts for film noir with a new film adaptation of the 1946 novel of the same name written by William Lindsay Gresham. Four years after the celebrated The Shape of Water, this is what awaits us with his new work, scheduled to be released in December of this year in the United States; January 2022 in Spain.

Contrary to what it may seem, this new Nightmare Alley is not a remake of The Alley of Lost Souls, but a new independent adaptation of the novel, which has a cast of Hollywood stars enough to, as a base, feel like attracted by the proposal.

Nightmare Alley, a project desired since the nineties by Guillermo del Toro

We talk about actors and actresses such as Bradley Cooper, Cate Blanchett, Paul Anderson, Toni Colette or Willem Dafoe, in charge of telling us the story of Stanton Carlisle, a former circus worker who currently survives on commissions in a nightclub reading the minds of others. Eventually, he will sign a deal with a woman who, although he does not know it, seeks to discover the true person of him and the mysteries of his actions.

Working on a Nightmare Alley movie has been one of Guillermo del Toro’s great goals for decades; but it has not been until now that the opportunity has presented itself. Joining him will be Kim Morgan on the script and Alexandre Desplat on the soundtrack.

Nightmare Alley is scheduled to premiere in the United States on December 17; While in Spain it will do the same on January 28, 2022, just over a month later, in cinemas across the country if the pandemic does not prevent it. Without a doubt, one of the great premieres of the season and perhaps one of the last nominees for the Oscar Awards gala.

Friendship is Hell in the first trailer of my Best Friend’s...