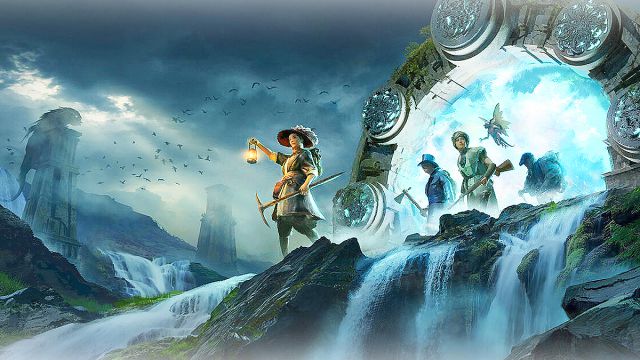 Nightingale: Aaryn Flynn tells us all about Inflexion Games’ new project: Nightingale. Dragon Age was a saga that marked a before and after in the fantasy genre. In addition to claiming the classic combat system of titles inherited from Dragons & Dungeons, it offered us a universe of medieval fantasy that dealt with other areas not explored by the genre: political plots that were intertwined with a superior threat, complex characters not assigned to a Manichean morality and, ultimately, a mature Grimdark that in turn differed from other works of the genre. And, in turn, Bioware’s history has not been a fairy tale. However, one of its branches is bearing fruit that has been shown before our eyes during the Game Awards. Inflexion Games, made up of former members of BioWare, show the world of Nightingale, a survival adventure in what the same studio defines as “gas lamp fantasy”. At MeriStation we have interviewed Aaryn Flynn, producer of the studio, who tells us more details of a work they have been working on for three years.

“After so much traditional fantasy, we wanted to do something different and we wanted to mix different spaces,” says Flynn. Nintingale, at first glance, offers us a fantasy world that mixes Victorian aesthetics with steampunk technology and monsters typical of gothic horror. “We aspire to create a more mature fantasy, inspired by a Victorian era with technology, and to present familiar tools that are easy to recognize.”

Nightingale is presented as a single player adventure, but Flynn assures us that the multiplayer will make it much more fun. In this survival adventure, the social factor will be very attractive, as well as the creativity when applying crafts. We can design our own armor and armor and experience different styles of combat. “We want to empower players and their creativity, and we want to incentivize communities to exploit their artistic concerns. This game is going to allow you to unite with other players and influence each other to build bases, equipment and explore the world of Nightingale together, ”says Flynn. At the moment, there is no competitive mode between players, as Nightingale’s goal is to gather adventurers to cooperate together.

Tinder Lets You Upload Up To Nine Videos To Your Profile