Night Court: NBC gave the green light to the pilot for the Night Court sequel, which had already been suggested previously, starring The Big Bang Theory actress Melissa Rauch and the actor in the original series, John Larroquette.

The half-hour multi-camera comedy from After January Productions in association with Warner Bros. Television and Universal Television is based on the original series created by Reinhold Weege, which aired from 1984 to 1992.

In the reboot, the plot will follow Judge Abby Stone (Melissa Rauch), who is the optimistic daughter of the late Judge Harry Stone (Harry Anderson). Now presiding over the night shift in a Manhattan prosecution court, Abby tries to bring order to the band of eccentrics around her, including former prosecutor Dan Fielding (John Larroquette).

In a press release, Rauch shared: “My intention was to only be behind the camera on this project, but my plans changed quickly after falling in love with the incredible script by Dan Rubin’s brilliant mind. I couldn’t be more excited to join forces with him, the immense talent that is John Larroquette, and the two powerful comedy institutions that are NBC and Warner Bros. to bring Night Court back to television ”.

In addition to starring in the pilot, Rauch serves as executive producer alongside Winston Rauch on behalf of After January Productions. Dan Rubin, who has worked in comedies like Unbreakable Kimmy Schmidt, Happy Endings and Scrubs, was also hired as an executive producer and scriptwriter for the pilot. Meanwhile, Larroquette is on the series’ production team.

More information about the reboot has yet to be released. So stay tuned for the next news! Pete Davidson Seems to Have Removed All of His Kim Kardashian Tattoos (Even The Branding!) While on Vacation With Chase Sui Wonders 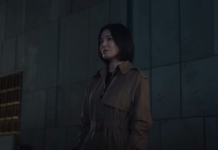 Watch The Trailer For The Second Part of The Series “Glory” From Netflix. 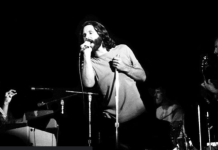 Titans: teaser for season 3 of the DC series

90 Day Fiancé: The surprising changes that Chantel Everett and Pedro...