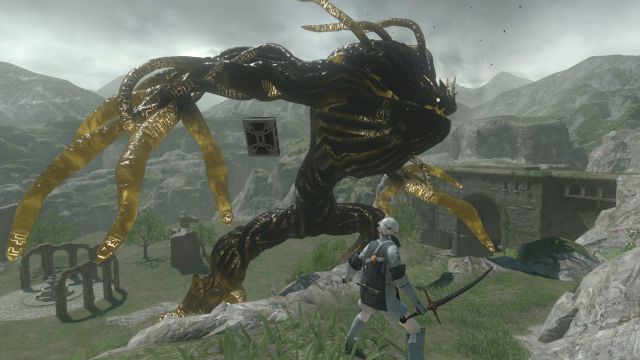 NieR Replicant: The PlayStation 3 classic will return to consoles and PC on April 23, but it will do so with some special news. There are just a few weeks left for the premiere of the expected NieR Replicant ver. 1.22474487139, a revamped version of the PlayStation 3 game that will not only introduce changes at the graphic and playable level, but also new content, some of them discarded from the original version. This was announced by Yosuke Sato, producer of the saga, in an interview with PcGamesN. Now, Square Enix has released a trailer in which you can see several of these extras.

The game developed by Toylogic will include some NieR Gestalt costumes, such as Kabuki Samurai. There will also be 15 new dungeons that will expand the experience of the original game as if it were a DLC. In addition, as the Microsoft Store has already leaked, players will have the opportunity to enjoy a free DLC that includes different skins based on NieR: Automata, the most recent installment of the saga.

The voices of NieR: Automata are also returning, and the full soundtrack will be available with the remastering. As if all this were not enough, NieR Replicant will offer an unpublished episode that they have titled Mermaid and that is based on the novel The Little Mermaid. Sato also explained that players will face a powerful final boss that was not present in the original video game. This rival will be very difficult to overcome, but at the same time he is a “heartbreakingly sad” character.

NieR Replicant ver. 1.22474487139 is due out April 23 on Xbox One, PS4, and PC. Of course, the title is perfectly backwards compatible with Xbox Series X, Xbox Series S and PS5. The classic returns with a nice facelift for its 10th anniversary. It remains to be seen whether Square Enix decides to order a new installment. Automata was designed by Platinum Games, under the direction of Yoko Taro, who is already working on new, unannounced projects.

What to Expect from Division 2 Year 5

LOTR: Is Saruman the reincarnation of Melkor?