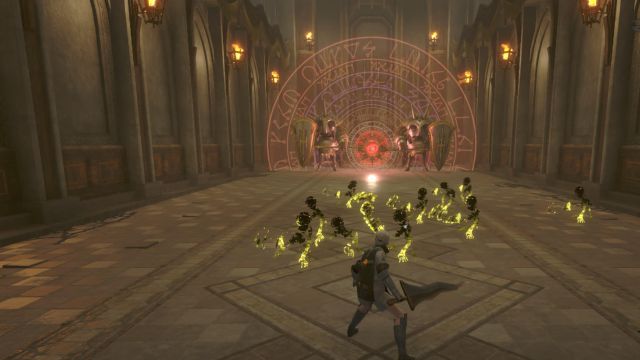 NieR Replicant: The PlayStation Underground channel offers us the possibility of enjoying a new gameplay dedicated to the dungeons, battles and bosses of the game.
The release of NieR Replicant ver.1.22474487139 is just around the corner; arrives next April 23 to PC, PS4 and Xbox One. To celebrate, the PlayStation Underground channel has published a new video in which we can enjoy 15 minutes of gameplay, dedicated to one of the game’s dungeons and in which shows the battle against one of its many final bosses.

NieR Replicant: the return of a cult classic

The action-role-playing adventure directed by the charismatic Yoko Taro marks the return of a title that debuted unsuccessfully on PS3 and Xbox 360 more than a decade ago. In this adventure, we put ourselves in Nier’s shoes – we can change his name – and set out on a journey in search of a cure for the strange disease that afflicts Yonah, his little sister. The story takes place before the events that occurred in NieR: Automata, and although there are connections between the two installments, both can be enjoyed independently.

In our preview of NieR Replicant, in which we compared the game’s revamped graphics to the original 2010 version, we reflected that it “stands out more for its art direction than for its technical muscle in the strict sense.” In addition, in playable terms we highlight “the improved combat system”, because “the fundamentals remain the same, but combat flows better thanks to a slight increase in speed.” Beyond the playable news and the new visual aspect, we remind you that this new version has a Spanish translation. A compelling attraction, as the original title was only released in English. Additionally, Square Enix has plans to expand its content; will introduce some story sections that were discarded during the development of the original game.