This Thursday (September 24, 2020), during the Tokyo Game Show 2020, Square Enix announced that NieR Replicant ver.1.22474487139…, the improved version of NieR Replicant originally developed by Cavia and Square Enix, will be released on 22 April, in Asia, and on April 23, in the rest of the world, for PlayStation 4, Xbox One and PC, via Steam.

Additionally, Square Enix revealed an excerpt of gameplay (video below 26:45 to 30:14) and a special edition of the game called White Snow Edition. 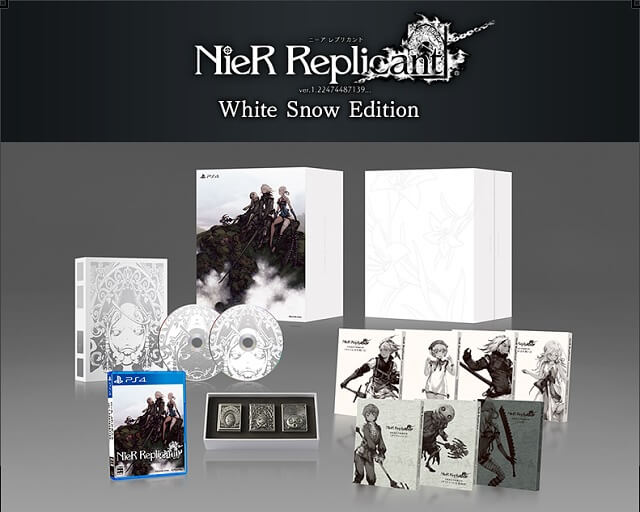 Pre-orders for this edition are now available via Square Enix’s online store in North America and Japan.

In addition, it is already possible to pre-order the digital version of the game that includes a mini soundtrack. Exclusively on PlayStation 4 will also include a dynamic theme and a set of avatars, while on PC players will receive a set of wallpapers.

And, in addition to all this, the three main developers of NieR Replicant, Yosuke Saito, Yoko Taro and Saki Ito, left a message for all fans who are looking forward to this new title:

Toylogic is developing this enhanced version, which serves as a prequel to NieR: Automata, and describes the game as follows:

The first NieR was originally released in two versions, NieR Gestalt and NieR Replicant for PlayStation 3 and Xbox 360, respectively, in 2010. The first game was a continuation of one of Drakengard’s finals. Later, it achieved a significantly more successful sequel in 2017 with NieR: Automata, which ended up on the current generation consoles: PlayStation 4, Xbox One and PC.

A New Press Image Showing the Design of Meizu 17 Shared

A Software Developer Made Windows 95’s Interface A Theme For Windows...