Home Entertainment Nier Re Carnation: Short Story Anthology, Until Format and An Expanding... 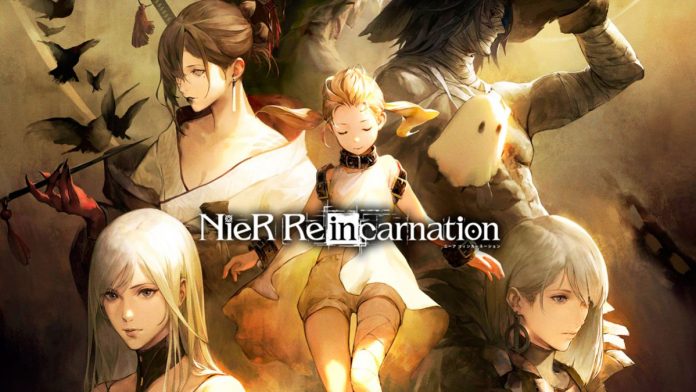 Nier Re [in] Carnation: The continuation of the world of Nier comes from the hand of Yoko Taro in mobile format, with all that this implies. In Nier we fight to save our sister from a rare disease. In Nier Automata, androids fight for the survival of humanity. They are the two perfect examples to admit that if we now count that in Nier Re [in] carnation we control an amnesic girl in a place called the Cage, we know and you know that we will be lying to you. The starting point with Yoko Taro in the middle is just that, a simple starting point. And that is one of the great news that a game with gacha format leaves us that also follows in the wake of the Nier universe: that nothing is what it seems, that the stories are here to surprise us and that if you like Nier, you have a well without background as far as content is concerned.

Who should be the target audience for Nier Reincarnation? It is a difficult question to answer. The title is designed to the millimeter as a gacha game for mobiles. And that means a huge number of events, sub missions, difficulty levels, an agile system to fight in an automated way and grind throughout the day. It also means, of course, the presence of banners that attract attention. This is the case of the Automata banner, with A2, 2B and 9S as characters that are a claim. We can think that Yoko Taro’s biggest trolling was this, that after being soulless replicants and aimless androids, now we, the players, are the protagonists of something as empty as throwing summons at him to be able to play with our favorite androids. As if wanting to extend the world that has already ended. Poetic, right? And also a business, of course.

The reality is that it is a game with an approach designed to last among lovers of F2P of this type, which there are in the millions. Because in addition to the format, it has the style and art of Nier, and that’s cool. But it is also an attractive proposal for those who play on mobile is heresy and just want to know more about Nier, who tend to be all those who have played the two previous titles and have fallen in love with Yoko Taro and the team of she.

Because Reincarnation, beyond being a gacha, is an anthology of stories in the world of Nier. The main campaign, in which we do control a young girl who has to recover her memory in a place called The Cage, where there are different points where she goes into nightmares and dreams, is divided into several chapters in which we discover androids that end up disobeying his orders, worlds that collapse without hope, and revelations worthy of Nier Automata. There are also moments for happy endings, for stories of relief and redemption. And without knowing how, a murderous samurai, a deserting prince or a western cowboy are connected by the tale of the Nier universe.

Also, luckily, nothing is what it seems and when a plot ends, the truth begins. And when you have finished everything (there are currently ten chapters), if you replay it in other difficulties there are more stories that are told. And so we can spend hours, discovering characters, their lives, getting into events that expand this (including 9S and 2B, of course) and building new heroes and protagonists that we had not contemplated. Because as in Automata, the protagonist in Nier is not who we control, but the world we are in.

All this, with the addition that you can play it without spending a single euro. The progression system of this start -as usual- is very generous, and it will not be strange to have made more than 15 invocations of 10 items playing alone naturally. You can be very unlucky and not fall for the characters you entered -2B, A2- but you will have weapons and characters from the story to advance almost without problem. If you want lore, here you have it at zero cost. And that should be clear.

For the mobile gamer used to these titles, we won’t discover anything that you don’t currently know. The game system works like an RPG in which we have a team of three characters to whom we equip weapons of different affinities, companions and other extras. The idea, as usual, is to improve the level of characters and weapons, in order to access greater challenges, with better rewards, to continue growing and advancing in an endless loop. Of course, here at the highest levels of the endgame you will have to be lucky in the summons or save and invest when the time is right (and, of course, if not, pay to have more invocations), but as in any starter game of this type, there is a lot of room for growth at first.

Character missions are added to the main campaign in different difficulties that expand their story and improve their skills, there are limited events, daily challenges, events scheduled at certain times and a lot of content that is arriving. Everything is focused on the same thing: getting the materials that will allow us to improve that character, rise in skills, enhance those weapons … And play, of course. The fights are developed with an ATB in which we have access to two sub-skills and a special attack per character. Searching for synergies between characters, knowing how to equip weapons with the key elements in each confrontation and having support that can save us – such as recovering life – is part of the strategy that, after the first hours, becomes essential to advance at the highest levels .

So Nier Reincarnation yes, it has a lot of Nier and Yoko Taro. The universe, the characters, the surprises, the stories (even the collection of weapons, something so common in Drakengard and Nier) … all of this is attractive. And while it’s not going to change the perception of who’s averse to mobile games and porridge, it’s been made light enough to boot so that if you just want history, you can access it. And if on the contrary, you do like this type of game: congratulations, here is your new bottomless pit in which to spend hours and hours.

American Horror Stories Is The anthology Of The Famous Horror Series:...