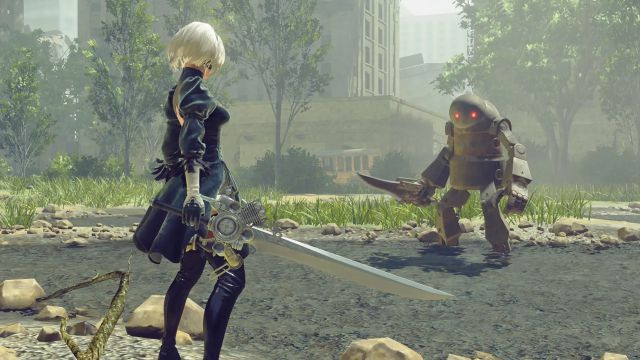 Yoko Taro and Yosuke Saito join forces again, although the latter is not overly excited about one of the projects.

Nothing is known about the projects that Yoko Taro has in hand. The eccentric director of NieR Automata works on at least two video games, as Yosuke Saito of Square Enix (and producer of the Platinum Games game) has revealed during the streaming Games Industry Chit-Chat 2020 Year-End Party, This is how Gematsu collects it, that publishes some statements of Saito seasoned with a little sauce.

And is that according to the producer, Yoko Taro made a proposal to develop a video game a year ago. However, he declined the offer because he was not at all convinced with the idea of ​​making such a title. Far from giving up, the CEO of NieR Automata tried to convince him with an hour-long presentation. Although the task was not easy, he finally relented and accepted the proposal. Thus, there was a green light to begin shaping the development.

It does not seem that Yosuke Saito is particularly satisfied with the project, or at least that can be deduced from his words: “If he could resign, he would,” he commented on the streaming. It would be necessary to see to what extent that feeling is true or not. In any case, there is another parallel production that both parties have agreed to develop. Although there are no specific details, the producer has indicated that the plan is to launch it before the other video game they are working on is commercialized.

NieR Automata is one of the most recognized games from Platinum Games, a collaboration between Square Enix and the Japanese studio. Meanwhile, the developer continues with a new intellectual property announced long ago. Babylon’s Fall is moving forward, waiting to know the final release date. Nor are more details known about Bayonetta 3, another of the Platinum video games that are lagging in time.

Records broke among us: most monthly players

Getting to know the Watson Studio interface