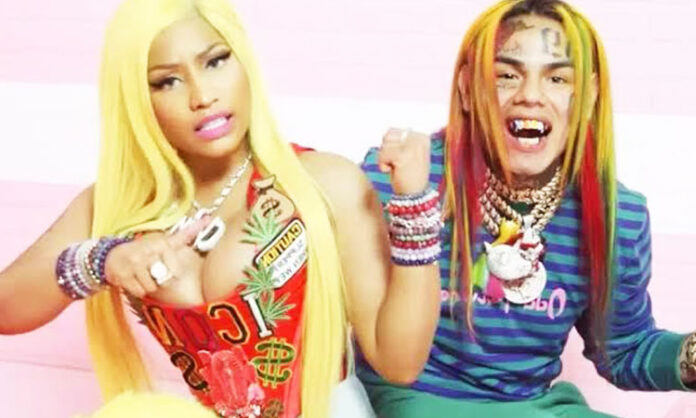 Nicki Minaj announced through her Instagram account her new collaboration with rapper Tekashi “6ix9ine”, whose song called “Trollz” will premiere her video this Friday.

However, thousands of criticisms rained down on social networks despite the fact that the profits from this song will be used to pay the bonds of people who have been arrested in the protests against racism that have been carried out in the United States.

Users disagreed with this collaboration, since Tekashi belonged to an organized crime gang , so he is now under house arrest, as he suffers from asthma and had to be released from prison after suffering from an asthma condition.

What was Tekashi accused of?

In 2015, Tekashi was accused of pedophilia after being involved with a minor, then he was involved in gang scandals , a situation that sentenced him to two years in prison, although he was released after a few months for his “good behavior”.

He is also hated by other American artists, since he accused Ariana Grande and Justin Bieber of fraud for reaching the first place in the Top 100 Billboard with their latest song “Stuck With U”.

On Twitter, the reactions of her followers did not wait and showed anger, arguing that she is also “betraying” her friend Ariana Grande.

All i gotta say is…. THEY DO ANYTHING FOR CLOUT! #nickiminajisoverparty pic.twitter.com/mOuJFozggr

This is not the first time that Nicki Minaj and Tekashi work together, a few years ago they brought up the song called “FEFE”.

Tekashi is said to be collaborating with Akon in the near future .

Fraud case from the Bitcoin exchange to the wallet company