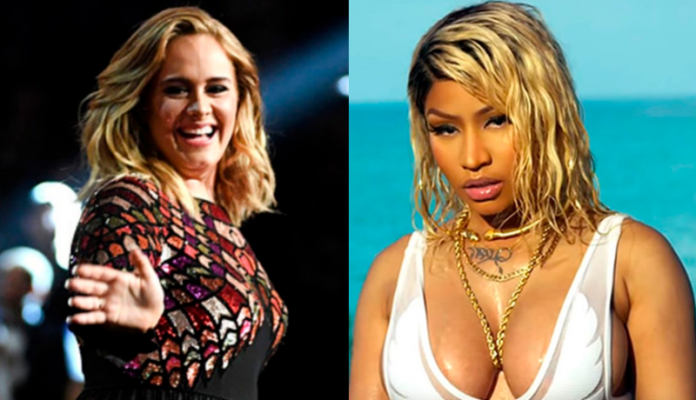 After many rumors, it is now official: Nicki Minaj will collaborate with Adele on a new song for the British singer’s upcoming album.Confirmation was made by the rapper herself to the program and website Entertainment Tonight, during the launch of her clothing line in partnership with the brand Fendi.

Asked if she and Adele would be collaborating on anything or if she was thinking of collaborating with Adele in the future, Nicki Minaj replied, quite excitedly, “Yes and yes, yes and yes, woo hoo!”

“But Adele made me promise secrecy and I’m not allowed to tell anyone that I’m working with her. And that we already recorded the video. And that’s an epic song! ”, Completed the rapper, clearly unable to keep the secret any longer.

Rumors of the collaboration between Adele and Nicki Minaj began to emerge after the rapper appeared listening and singing “Hello”, the British hit.