Home Celebrity Nicki Minaj is back: She drops the unreleased single “Yikes” 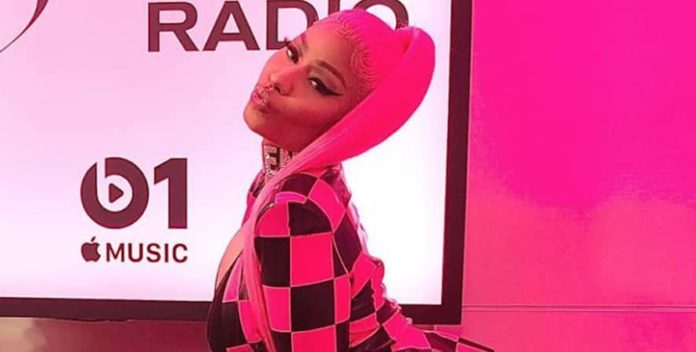 Nicki Minaj has therefore not finished surprising her fans. After Tusa and Nice To Meet Ya, the rapper delights with a new and original sound: “Yikes”.

Nicki Minaj returns with a new solo single, “Yikes” . Something to delight fans of the first hour.

AFTER CHAINING THE COLLABS, THE RAPPER COMES BACK WITH A SOLO TITLE
It’s been a while since Nicki Minaj hadn’t released a single solo . Indeed, the rapper was rather confined to collabs, since the publication of her studio album Queen released in 2018. Recently, she also announced the end of her career … The Barbie had said on Twitter that she was bowing out to devote herself to her family .

However, Nicki Minaj returns, to the delight of her fans. In any case, at least the time of a tube. The rap queen had already delighted with her titles Tusa in duet with Karol G, and Nice To Meet Ya , in feat with Meghan Trainor. So she makes her comeback alone with a new track, Yikes. It is already available on all streaming platforms .

NICKI MINAJ: RAP QUEEN RETURNS WITH “YIKES”
We had already had a small preview of this new sound signed by our Black Barbie. Yes, Nicki had given us a little preview in Instagram story. However, one of its punchlines was not unanimous. Indeed, she attacks a major figure in the African-American struggle: Rosa Parks. “Let all those Rosa Parks p * cups shake their asses,” she says.

Nicki Minaj is therefore back in the studio. If the singer had announced earlier a retirement from music, she seems determined to plan a new musical project this year. We also hope for a clip for this new song. When the title was published on YouTube, the fans went wild. “I can’t help but smile as soon as Nicki comes to the fore. I love it, ”one can read in comments.