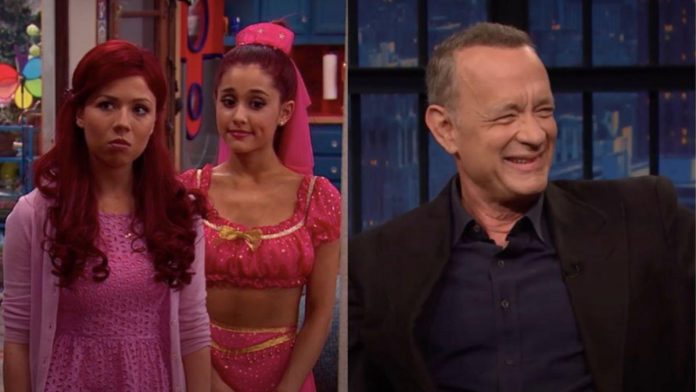 Former Nickelodeon star Jennette McCurdy has been talking about countless topics in recent weeks as part of the press release of her memoir, “I’m Glad My Mom Died,” but the latter may be wacky for Nickelodeon fans. In fact, during the filming of the show, the star revealed the true feelings she had for her partner in the movie “Sam and Kat” Ariana Grande. The last straw? Tom Hanks, I think.

Jennette McCurdy recently published the aforementioned memoir; in it, the iCarly star talks candidly about her childhood life as an actress on Nickelodeon. She describes her experience as negative, especially during the production of the spin-off iCarly and Victorious, Sam and Kat.

During the filming of Sam and Kat, Ariana Grande became an increasingly famous pop star. She skipped the days of filming the Nickelodeon show to perform at award ceremonies, record her music and do promotional press for projects not related to the series. Jennette McCurdy claims that she was not given the same opportunities, and is outraged that she did not talk about unequal treatment. She writes (via ET Online):

Maybe my life would be completely different now. I dream of being different. But this is not different. This is it. That’s what it is. Ariana skips work in pursuit of her music career while I’m playing with a box. I’m angry about it. And I’m mad at her. I envy her.

Although it was hard for the former Nickelodeon star to miss out on the opportunities her partner was getting, her turning point wasn’t a photo shoot or a musical performance. Instead, she wrote that it was a special invitation to a family game night at Tom Hanks’ house.

I could take the success of a pop star, but hanging out with Sheriff Woody, with Forest Fucking Gump? This has gone too far…. So now every time she misses work, it feels like a personal attack. Every time something exciting happens to her, I feel like she’s robbed me of that experience.

The former Nickelodeon star’s new memoir has generated a lot of headlines due to the many revelations about the long-discussed behind-the-scenes dynamics of Nickelodeon, as well as because of the striking title “I’m glad my mom died.” During the press for the book, she also talked about not respecting her early acting work in general, so these latest revelations should not come as a complete surprise.

Due to her negative experience, Jennette McCurdy gave up acting altogether and refused to participate in the reboot of iCarly, which is currently being broadcast on Paramount+. The show replaced the character “Sam” with Miranda Cosgrove’s new best friend “Carly”.

If you want to hear more revelations about Jennette McCurdy’s time at Nickelodeon, you can buy her memoir, “I’m Glad My Mom Died.” In addition, all seasons of iCarly and Sam and Cat are now broadcast to Paramount+ subscribers.

Doja Cat and Nicki Minaj Made History on Billboard

Should Bridgerton remake the character of Reg—Jean Page ahead of the...