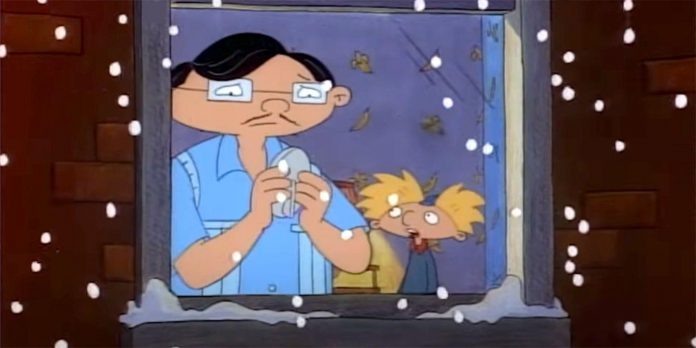 Producer Hey Arnold! It shows that an emotional episode of the series about Vietnam was initially rejected by Nickelodeon. The cult animated series was a touchstone for many in the 1990s, centered on a fourth-grader named Arnold who lived with his grandparents. Although many Hey, Arnold! the episodes focused on the experiences and problems of the main character, some of them actually switched attention to other major and even minor characters of the series. This has become a fairly standard approach for prestigious dramas and comedies that often pay attention to minor players, but Hey Arnold! I was successful when it wasn’t such a common trend.

One of the most enduring examples of this shift in emphasis in the series was “Arnold’s Christmas.” Aired in December 1996, it details Mr. Hyun, a recurring character who lived in the same boarding house as Arnold, and recounts the fall of Saigon in Vietnam in 1975. In particular, the episode told about how a young Vietnamese girl named Mai was forcibly separated from her father, Mr. Hyun. However, the plot itself was charmingly simple, as it showed Arnold trying to find the right gift for his neighbor and as a result understands him much better.

Related: Explanation of the Hey Arnold Spin-off (and Why It Was Canceled)

In an interview with /Film, screenwriter and producer Joe Ansolabecher told how Hey Arnold! the episode happened and why it almost didn’t happen. According to the producer, there has always been interest in including memories of Vietnam from the moment Mr. Hyun’s character was introduced, but Nickelodeon continued to refuse. Ansolabeher said that the network was most concerned that the children would not care about this story. The head of Nickelodeon, who had the last word on whether it was possible to continue the animation of this episode, showed it to her son. According to Ansolabeher, her son’s reaction was a turning point. You can read the quote below.

“She put it in, and her son, who was about nine years old, sat there and watched. And it came to the end of Vietnam, where he holds the child in his arms, and helicopter pilots take the child and all that… And the little boy turned to his mom and said, “Mom, is this all about Vietnam?””

Hey, Arnold! gives Mai and Mr. Hyun a happy ending as they reunite at the end of the episode. But it also has a gut-wrenching flashback in which Mr. Hyun hands over his young daughter to an American helicopter pilot in the hope that she will grow up and find a better life. In the decades since the Christmas episode debuted, it is considered one of the first times that the Vietnamese community has been represented in pop culture through honest and open lenses.

Hi! Arnold creator Craig Bartlett also reflected on the impact of the story. He explained that in an era before there were social networks, it took him some time to understand the resonance caused by the story of Mr. Hyun and Mai. In fact, this was the case until Asian Americans who grew up on the series began to share its meaning. Undoubtedly, it’s good that Nickelodeon has overcome its reluctance.