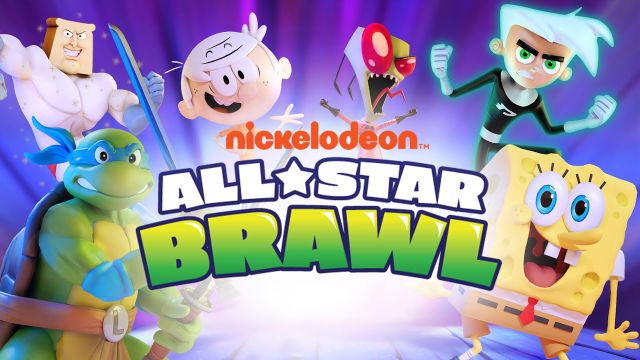 Nickelodeon All-Star Brawl: The main Nickelodeon series come together in this brawler fighting game where a multitude of familiar faces will slap each other. First trailer. GameMill Entertainment and the development studios Ludosity and Fair Play Labs have presented Nickelodeon All-Star Brawl, a fighting video game on stages with platforms in the purest Super Smash Bros. style, with the particularity that many of the well-known faces meet here of the productions under license of the chain Nickelodeon. SpongeBob, Hey Arnold !, Teenage Mutant Ninja Turtles or Danny Phantom are some of the main highlights. Let’s know all the details.

Nickelodeon All-Star Brawl, on sale this fall on Xbox, PlayStation and Nintendo Switch
Nickelodeon All-Star Brawl will go on sale this fall – date to be determined – for PlayStation 5, Xbox Series, PS4, Xbox One and Nintendo Switch consoles. The editor has accompanied the information with a presentation trailer that you can see at the beginning of this news.

In addition to the combats, dynamic, destructible and with actions not dependent on the player’s actions, each character will have their own special skills and techniques. “Take on your favorite Nickelodeon characters in platformer battles. With a cast full of heroes from the Nickelodeon universe, take on the stars of SpongeBob Squarepants, Teenage Mutant Ninja Turtles, The Loud House, Danny Phantom, Aaahh !!! Real Monsters, The Wild Thornberrys, Hey Arnold !, Rugrats and more, to determine the ultimate dominance of animation, ”reads the official description.

Nickelodeon All-Star Brawl will feature single player, local multiplayer and online multiplayer modes, added to a total of 20 levels, such as the Techondrome from the Ninja Turtles or Jellyfish Fields from SpongeBob SquarePants. As we move forward we can unlock new content and movements for the fighters; as well as content from an in-game gallery.

Nickelodeon All-Star Brawl does not have a release date. Soon we will know who is responsible for its distribution in Europe, in case the title plans to reach territories beyond the United States; and if it will have versions in physical format.