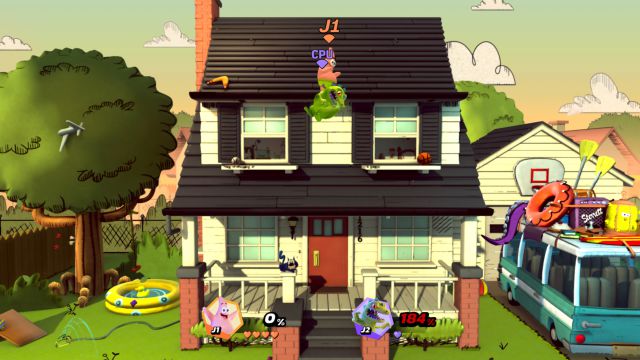 Nickelodeon All-Star Brawl: Is this fighting game the most anticipated crossover? Bringing together different iconic series in the same game has been a difficult and incomplete mission. The idea of ​​bringing together different characters of a brand within a video game is a real treat to attract different groups of fans. Smash has become the party of the brawls, to which iconic characters from Nintendo and even from outside studios have been invited. The simple premise of having Bayonetta, Cloud Strife, Mario Bros and Canela in the same ring is crazy, and yet it is possible. On the other hand, if we take a look at sagas like Marvel VS Capcom we will find a sweet crossover not only between titles like Resident Evil and Devil May Cry, but with super heroes like Wolverine or Jean Gray. Also, the charm of a brawl is to bring to the arena characters whose original design was not intended for combat, such as Phoenix Wright or Princess Peach. And all this is what Ludosity and Game Mill Entertainment have learned for their long-awaited Nickelodeon All-Stars Brawl, available on PC, PS4, PS5, Xbox One, Xbox Series and Nintendo Switch. However, the party of SpongeBob and company ends up being insipid having forgotten that a brawl is, precisely, a party.

A well-chosen roster, but with absences

The very idea of ​​having a fighting game with Nickelodeon characters is a very promising foundation and one that may appeal to the whole family. The Ninja Turtles is a classic from our childhood that we can share with the younger generations, and SpongeBob SquarePants is such an imaginative series that it can be enjoyed by young and old with different readings. The Legend of Korra and The Last Avatar were very daring proposals at the time, as well as Ren and Stimpy.

Therefore, when Nickolodeon All-Star Brawl was announced, it was common to fantasize about our possible main before even trying it. Getting tangled up in the sand with a character as innocent as Patricio is a real treat, and even more so if we face someone more experienced like Michelangelo from the Ninja Turtles. And yet, the illusion deflates as soon as we immerse ourselves a bit in a game that, if we want to enjoy, we must take it as a party to enjoy with family or friends locally, since the rest of its modes are insufficient, as we will see later.

Ooblets: How To Level Up Your Character Latest