Home Sport Nick Saban: Rat poison is worse than ever, and this year 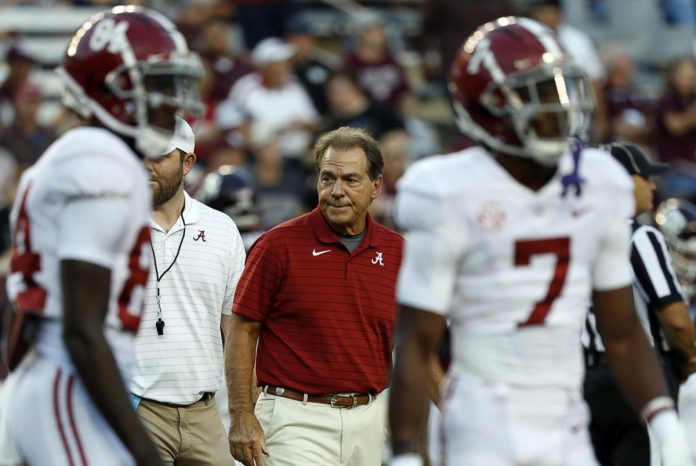 The last time Alabama’s head coach used it was at the end of last season, when his team beat Georgia in the SEC championship game.

Saban then discussed Saturday’s game against Utah State and believes some people are missing out on this matchup for his team.

“I think rat poison this year, not to bring up a sore subject, I mean it’s worse than ever,” Saban said via AL.com . against Texas this week, than what are we going to do against Utah State?”

“I’m like, “We’re not playing in Texas this week!” I’m like, “What are you thinking?” Then I go to church on Sunday, and the sermon is like this: “He who rejoices will be humble. He who humbles himself will be exalted.” So if you add rat poison to the same thing, it’s almost perfect — perfect! It’s crazy.”

Everyone knows what Saban is doing, but it would be a shock if Alabama didn’t win that first game by more than 20 points.

It’s only a matter of time before Saban uses another quote from “rat poison” this season.

The reaction of the football world to Lee Corso’s performance at...