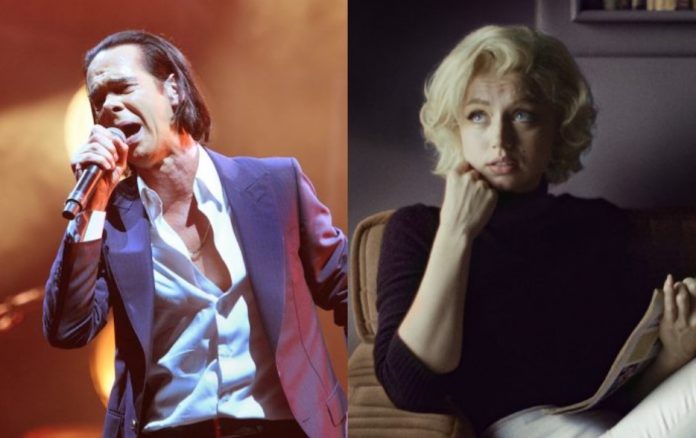 Cave and Warren Ellis recorded the soundtrack to a biopic about Marilyn Monroe.

Nick Cave called the biopic about Marilyn Monroe “Blonde” his favorite movie of all time.

The musician who wrote the music for the Netflix movie with Warren Ellis asked a fan to name his favorite movie ever in his newsletter The Red Hand Files.

In response to the question , Cave simply wrote: “The blonde. Love, Nick.”

Andrew Dominick’s film starring Anna de Armas is based on the novel by Joyce Carol Oates and is described as a “reinterpretation” of Monroe’s life.

The synopsis reads: “The blonde boldly rethinks the life of one of Hollywood’s most enduring icons, Marilyn Monroe. From her tumultuous childhood as Norma Jean to her rise to fame and romantic twists and turns, the blonde blurs the boundaries of fact and fiction to explore the widening gap between her public and personal self.

Before the film was released last month, the film caused controversy over its NC-17 rating in the US due to graphic scenes. The film also divided critics, with some finding it “exploitative” and “problematic” in portraying Monroe as a victim.

Others, however, praised the film as an effective psychological horror. In a four – star review , NME wrote: “These are not easy hours, and there is a persistent feeling that the film is trying to get its pie and eat it. This highlights the fact that Monroe’s acting skills were overlooked without attention to her skill… But there is a humanity in de Armas’ game that cuts through exploitation, and by plunging us into the center of her slowly collapsing psyche, this is an ambitious violation of good taste. .

“Like any good horror, “Blonde” unsettles you long after the credits roll.”

Cave previously collaborated with Dominic on the 2016 documentary One More Time With Feeling, which documented the recording of Nick Cave and The Bad Seeds’ sixteenth album Skeleton Tree.