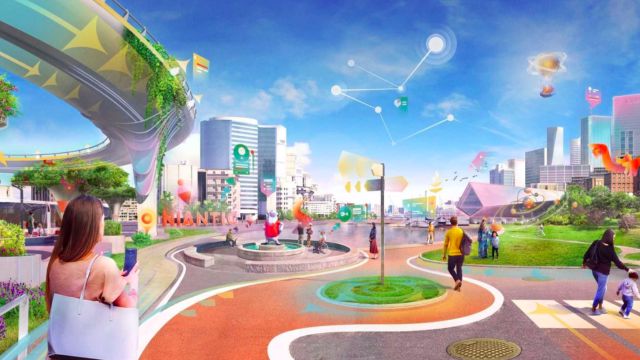 Niantic: The creators of Pokémon GO, Pikmin Bloom and Harry: Potter Wizards Unite share with the world the AR technology they use in their games: Lightship. NFT, metaverses, AR (augmented reality) … We better get used to those terms and words because for companies like Niantic they are the future. And also a very near future. The developer of Pokémon GO and Harry: Potter Wizards Unite is very clear that both games are just the beginning, and has shown this today with the launch of Lightship, a totally free platform that serves to create “real-worl metaverses “, which in Spanish have been our own augmented reality apps.

Lightship was born with the intention that “to create connections between the real world and the digital around us”, has declared the CEO of the company, John Hanke, to the companions of The Verge. “It opens the doors of the technology we use in our products to everyone.” According to Hanke, thanks to Lightship (origin of the recent Pikmin Bloom, for example) anyone will be able to create their own “AR apps on a planetary scale”. And if that was not enough the commitment shown to technology, Niantic has also announced that it will invest 20 million dollars in the foundation of new companies dedicated to the field of AR apps.

“The goal is to lay the groundwork for what augmented reality can be,” Hanke continued. “Tech giants like Meta (aka Facebook) and Apple are developing similar software, but Lightship will help independent iOS and Android developers.” In addition, the platform has big plans for 2022, as Hanke has promised that it will be updated in the coming months to become compatible with augmented reality glasses. The future is written in RA.

Platoon 3 already prohibits the use of cheaters in the game

Interview with John Gallagher Jr.: Gone in the Night