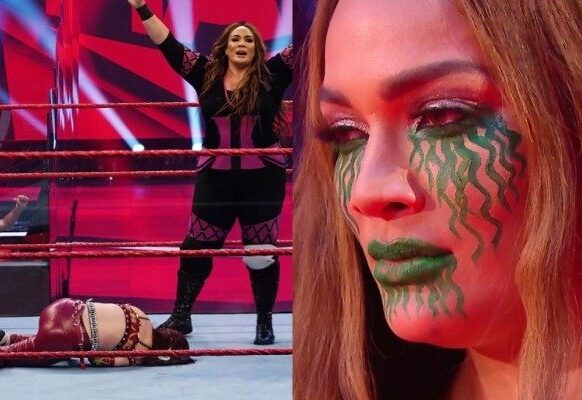 A company source who has preferred to remain anonymous has stated that Nia Jax should be fired for her accident with Kairi Sane this week on WWE RAW.

In this Monday’s episode of WWE RAW we could see the controversial combat between Nia Jax and Kairi Sane where the accident occurred in which Kairi Sane suffered a deep cut to the head after Nia threw her against the stairs.

This combat that was edited by the company so that the blood emanating from Kairi Sane was not seen, has raised critical voices against Nia Jax for her insecurity in the ring, since it is the second time that she has had a mishap with Kairi Sane in the last months and on both occasions we can say that it was due to his poor protection from the rival.

One of the critical voices has come from the company itself, where a source who did not want to say his name sent a message this morning to Bryan Alvarez of Wrestling Observer Radio saying that Nia Jax should already be fired from the company, since it is a dangerous fighter and one day she will do severe harm to someone.

A couple of days ago it was learned that WWE would have prohibited the Buckle Bomb, which was the movement with which Nia Jax already hurt Kairi Sane in a first match between the two.

We don’t know what WWE bookers will say about Nia Jax’s work, but the fighter is the current challenger to the RAW female title that Asuka owns, and who she will face next June 14 at WWE Backlash.