Home Entertainment Ni no Kuni: The role of Mr. Drippy in CrossWorlds 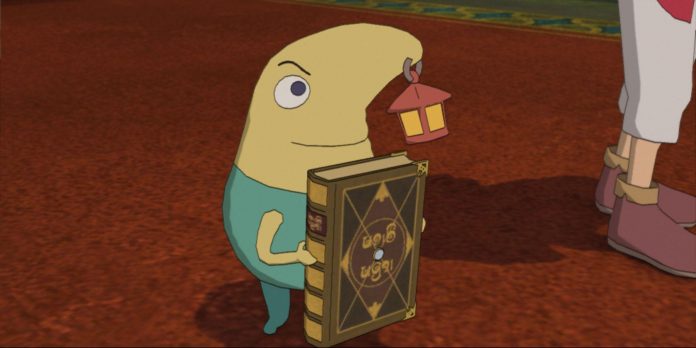 The long-awaited free MMORPG Ni no Kuni: Cross Worlds has finally been released worldwide on May 25, 2022. The game, created jointly by the famous animation studio Ghibli and the South Korean developer Netmarble, is available for mobile devices and PCs. players, although it is still in beta testing for PC and requires logging in from a mobile device first.

While this is certainly not the first and probably not the last published level 5 Ni no Kuni game, Cross Worlds is the first open-world multiplayer game in the Ghibli universe that people can freely explore. Provided that players enter the game through virtual reality machines called Soul Divers, they quickly learn that this is much more than augmented reality, and that they must tame familiars and team up with allies to restore peace. In truth, this is Netmarble’s most ambitious project, as this new game is radically different from previous iterations of single-player role-playing games and social maps.

Although each game released under the Ni no Kuni banner was visually beautiful, with similar characters and storylines, in general they are separate from each other. There are rarely any mentions or references to previous games, although this has happened. For example, the puzzle in the early scenes of Ni no Kuni: Revenant Kingdom II conveys the events of the first Ni no Kuni: Dominion of the Dark Djinn, and players can also find a statue of King Tom later in the game.

With that in mind, there aren’t many recurring characters, with the exception of Wrath of the White Witch, which was essentially an extended version of Dominion with a few name changes and an extended ending. Oliver and his best friend Mark (or Phil, depending on the game) are the only two characters who have a real impact on the plot in different games.

Is Mr. Drippy a Great Fairy?

Mr. Drippy, formerly known as Shizuku, acts as Oliver’s fairy guide in both the Dominion and the White Witch. Drippy, announced as the mascot of the franchise, is a popular character, so it would be wise to bring him back out of nostalgia and as a deredere commentator. He is most easily recognized by his light yellow skin, oval build, thin thin limbs, thin eyebrows and an elongated muzzle with a ring at the end, which usually holds a lantern.

In the beginner-friendly Cross Worlds, there is another character named the Great Fairy who bears an uncanny resemblance to Drippy, except that the Great Fairy wears a white beard and wears extravagant clothes. Interestingly, in The White Witch, Drippy was the self-proclaimed “Lord High Lord of the Fairies,” which sounds the same as calling himself a “Great Fairy.”

After introducing the Great Fairy in Ni No Kuni: Cross Worlds, Kluu, the royal protector of the Nameless Kingdom, notes with disappointment that the Great Fairy “looks like an ordinary old fairy.” This comment is then followed by Chloe telling how adorable the fairy is, as well as “a lantern hanging from his nose.” Fans quickly connected the dots, as there is another fairy who often wears a lantern on her nose, and that’s Mr. Drippy.

Because of how much the Great Fairy resembles Mr. Drippy, some fans of the franchise wonder if they are really the same character, and ask if the beloved Drippy is disguised for some future plot twist. He may also just be older and wiser. It is said that Crossworlds takes place 300 years after the remastering of the White Witch game, resulting in Drippy being somewhere between 400 and 500 years old.

However, some players believe that this is not Mr. Drippy, but perhaps someone from his relatives or just a similar character. The main reason for this is that Mr. Drippy spoke with a South Coast Welsh accent in the White Witch, whereas the Great Fairy seems to be from the east. Perhaps more information will be available as the game develops and updates. If Mr. Drippy turns out to be a Great Fairy, it could open up the possibility for game developers to introduce fan-favorite characters from past games or even their descendants.

Ni no Kuni: Cross Worlds is now available for mobile and PC.