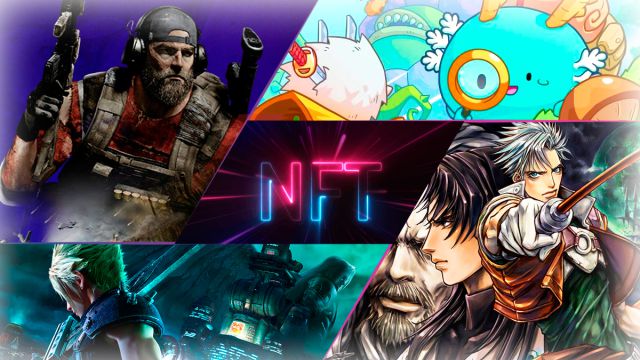 NFTs are here to stay, and many companies have welcomed them with open arms. But, are they what is best for the players? Who doesn’t love NFTs? There is no term that is more fashionable and on everyone’s lips than the easily reproducible PNGs of monkeys with a bored face that sell for authentic millions. As if it were not enough to saturate the market with speculative works that make a few people earn a lot of money, and many others lose much more, NFTs are reaching the video game industry, which receives them either with great samples of affection (normally the companies) or with the greatest rejection (normally the players).

For those who still do not know this term, an NFT (Non-Fungible Token, Vale Non-Fungible) is a digital work of any kind (usually visual, but it can also be videos, music, etc.) that is bought with cryptocurrencies (usually Ethereum ) and that has an “invoice” secured through the blockchain that proves the ownership of said item to a specific person. Yes, someone else may take a screenshot of your rude golem and “stole” it from you, but you have the certificate that proves it belongs to you.

NFTs have opened the door to a speculative business model in which people buy a work at a certain price and then resell it at a higher price. Cases in which a person buys an item from themselves to increase its price, known as “wash trading”, are well documented, as well as those in which they are used to launder money from illegal transactions.

Of course, the video game industry could not be left out of such a lucrative model. After having exploited DLCs and microtransactions over and over again, and having gone through the game-as-a-service model, the turn has come for a new business style: play to earn. What does it consist of? Well, now certain objects within the game are no longer simple items, but NFTs with which you can interact, level up, etc.; later you can sell these items for cryptocurrencies. For example, in the title Axie Infinity we are in charge of raising and growing creatures called Axies, which are themselves NFTs, and we can negotiate with them. The difference between selling this and rare items from, for example, World of Warcraft, is that in this case you make sure that the item is completely unique, even if it is similar in appearance and functionality to many others.

The importance of this movement is greater than it seems: it turns video games, which have traditionally been considered a way to relax and pass the time, into a job, an additional way to make money. Recently, a story was published about a child who had won €90 using this type of model. The consequences of this are worrying: does it mean that we can no longer spend our free time simply relaxing? Are we wasting our time if we are not making money all the time, even when we play video games? Are children no longer allowed to have fun, unless they can profit from it?

That seems to be the opinion of the president of Square Enix, Yotsuke Matsuda, who proclaimed in his 2022 New Year’s letter that he not only expects this type of business to become more common in the coming years until it can be compared to the sale of physical goods, but who takes a dim view of those who “play to have fun” and instead encourages people to “play to contribute”. In his words, traditional games offer no incentive to play beyond “goodwill” and “willingness”, while user-generated content has no meaning beyond “self-expression”, not because “there are incentives no rewards.” In short, in his letter he expresses all his support and emotion for a future in which NFTs are common in video games, and affirms that we will soon see them in those made by his company.

How To See Spotify Wrapped 2021, The Summary Of Your Most...

Dread Hunger, Game of Betrayal and Survival, Gets New Trailer