La Liga, caught in the wind of NFT, joined other football leagues. He announced special football cards for players.

Spain’s football league, La Liga, recently expressed interest in cryptocurrencies from major sports organizations. That’s why he announced that all of his players will be releasing NFT player cards. La Liga is working with French start-up Sorare to kickstart the NFT process.

The project includes famous football players such as Antonie Griezmann

Sorare allows users to trade digital player cards and the option to manage teams of five in various fantasy football tournaments. In this context, the project; Antonie Griezmann announced that professional football players such as Vinicius Junior and Pedri will be added to the platform. It also announced that they have agreed on a long-term exclusive license agreement. 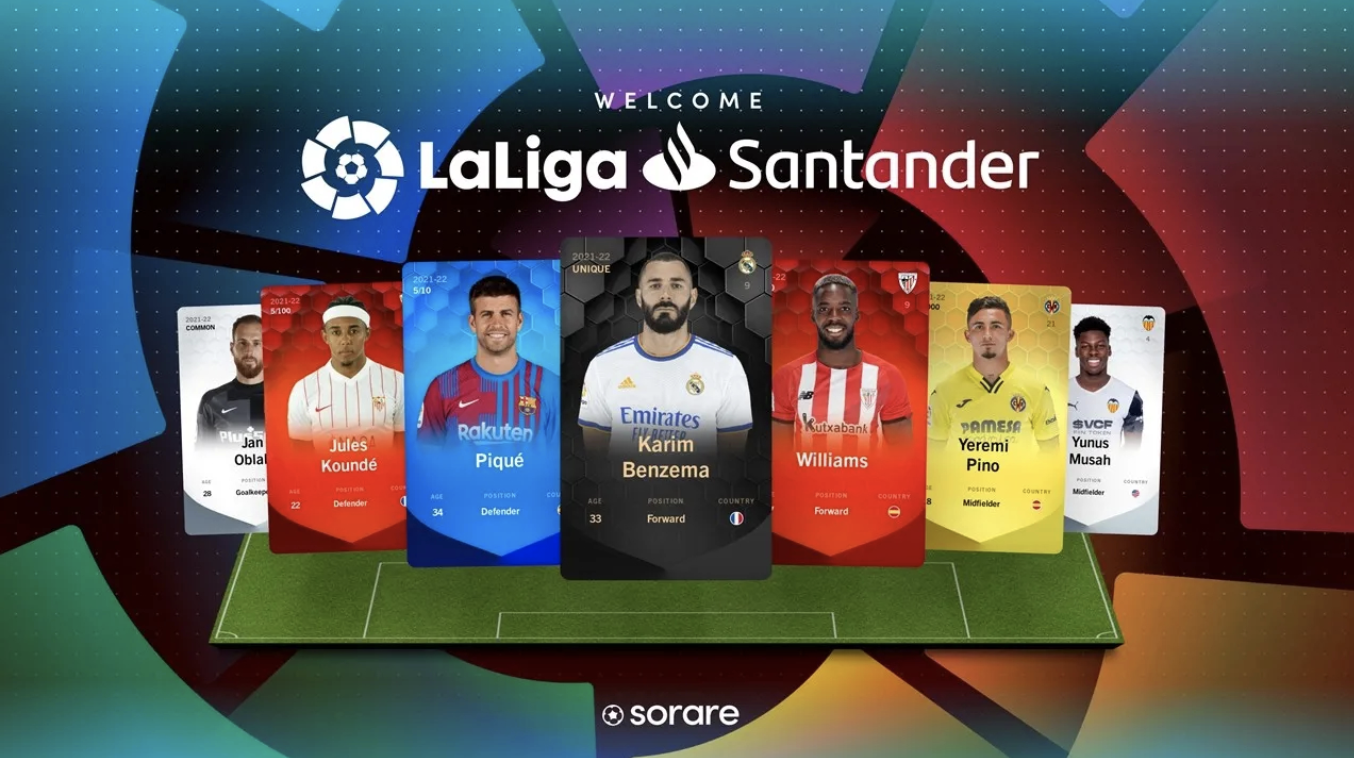 Today is a big turning point for us because one of the top five major leagues to join the platform is La Liga.

The company announced that La Liga will receive royalties from the sales. He noted, however, that Sorare pays a minimum guarantee to ensure exclusivity.

He joined the crypto world in the NBA

With this move, La Liga became one of the sports leagues that entered the crypto world. As examples of these initiatives; We can show the NBA. Because it entered this sector with an application called NBA Top Shots developed by Dapper Labs.

NFT sales have particularly exploded this year. A work by digital artist Beeple sold for nearly $70 million in March. Visa, on the other hand, recently acquired a crypto collection called CryptoPunk for about $150,000 on Ethereum.

What do you guys think about the NFT initiative of the La Liga league? Do not forget to share your ideas with us in the comments section.