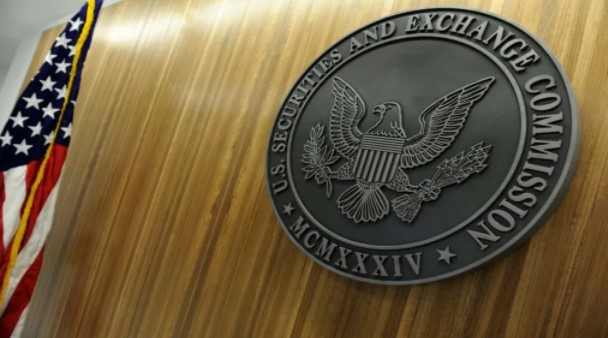 While NFT token projects have calmed down somewhat this week, there is still a lot of activity in the market. New music features are making a splash. The SEC is exploring some areas of the NFT token market. There has been a lot of discussion in the NFT token community about OpenSea’s centralized decision-making process regarding geo-restricted access for users.

The SEC is examining the NFT token market. According to reports published earlier this week, the SEC is keeping its eyes on the NFT market. The SEC investigates NFT markets and creators and wants to investigate whether NFT developers and marketplaces violate securities regulations. The regulator’s main purpose is to investigate whether certain NFT tokens are used to raise money like traditional securities. NFT has cooled off a bit in recent months, but there has been a lot of criticism about the increasing number of NFT scams and gimmicks, including celebrity involvement. This is likely getting on the SEC’s radar. While it would be easy to argue that some regulation in the field is probably a necessity, a regulation would be a difficult weight for the NFT market to bear in the short term.

Billboard and Universal Music Group (UMG), the actors of the music world, come together to form ChartStars. ChartStars is a Flow blockchain-based NFT project that will take artist-driven digital art. According to Billboard, ChartStars NFTs will feature “officially licensed art and creativity, including short visual clips from music videos and album photos.” The project is expected to include gamification aspects as well as unique access to challenges, leaderboards and Billboard live events.

OpenSea users in Venezuela and Iran are blocked

One of the hot topics in this week’s NFT chat centered around OpenSea’s recent move to restrict access to users with IP addresses based in Iran and Venezuela. An OpenSea representative said in a statement that the platform “prohibits individuals and domains on the United States sanctions list from accessing our services, including buying, selling or transferring NFTs on OpenSea.”

OpenSea’s criticism from crypto-native users from day one has been the degree of centralization of the platform, and while the leading NFT marketplace has not implemented KYC for its users, it has shown a higher degree of centralization. Given the size of the market in the big picture of all NFTs, as well as the aforementioned regulatory pressure from organizations like the SEC, it’s an interesting example of OpenSea being stuck between a rock and a hard place.

Pixelmon becomes ‘meme of the week’

Should the NFT community be the winner of a “meme of the week” award, we can unequivocally choose this week’s leader. Pixelmon was a gamified NFT project that raised a massive $70 million fundraiser for its open world RPG concept. This type of fundraising has put Pixelmon exactly in line with financial allocation comparable to some of today’s top video game development teams. But the initial statement was so disappointing, there are many warnings about potential scam or scam that could develop from the project.

The Shiba Inu looks at their first fashion NFTs. Shiba Inu, the most well-known meme token, pump machine, etc. not interested in being This week, Shiba teamed up with Italian-based fashion designer John Richmond for a 10K NFT release alongside a physical fashion collaboration. The duo announced their partnership on the last day of Italy fashion week. Unique partnerships and unexpected collaborations continue to hit the news wires for the unorthodox cryptocurrency. In recent weeks, its partnership with Italian restaurant Welly’s, which has been dubbed crypto’s first and only SHIB-themed restaurant, has disappointed Shiba fans a bit.

News of an NFT token in the US

CVS, one of the leading companies in the health sector in the USA, is involved in NFT and metaverse initiatives. According to the information received, the application is about the trademark. “As a leading healthcare company in its field, we aim to continuously improve our services to meet the needs of consumers whenever and wherever they want,” CVS management said in a statement. According to the information received, the US healthcare giant CVS seems to be seeking to make significant breakthroughs in providing virtual healthcare services in the near future.

We are a company that follows the digital trend very closely. We recently sold NFTs of our desserts such as baklava and künefe on OpenSea. These works have attracted the attention and interest of our customers. Now, we have put into service the first version of the new branch we will open in Karaköy, in the same position in the metaverse. Customers have the opportunity to see our range of sweets virtually. Our customers will be able to visit a virtual collection of künefe on the platform, and even shop for künefe and other sweets from this virtual branch.

The Mickey Mantle Baseball Card sold for a record $471,000 on the famous NFT marketplace OpenSea. The NFT version of famous US baseball player Mickey Mantle’s 1952 baseball card sold for $471,000 as one of the most expensive sports NFTs ever. The first edition of the “Topps Timeless Series”, the NFT of the baseball card in question, sold for 175 ETH (about $471,000) on the popular NFT Marketplace OpenSea auction. Speaking on the subject, Mantle’s son says that he is very happy to see his father’s influence in the baseball world and that this is revealed through digital technologies.

Huge Investment in These 2 Altcoins: Hundreds of Millions Have Flown!