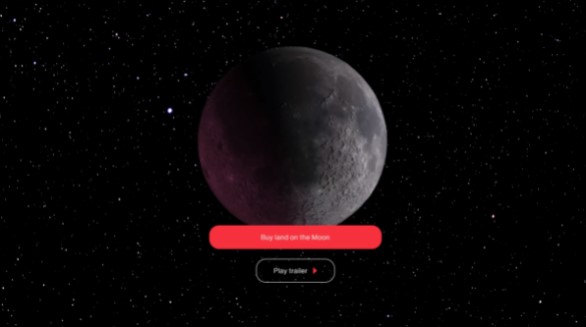 According to the statements made, Moon Metaverse takes players on an epic sci-fi journey among the stars. Users create a character, develop a new world and get the chance to be one of the first to colonize the Moon. The space age play-to-win game recently completed a successful private land sale and put the much-anticipated astronomical world up for sale.

According to the statements made, the world with a lunar landscape consisting of 126,000 NFT terrains is extremely detailed and fully exploreable. Moon’s potential landowners finally have complete freedom in planning space exploration missions and can take advantage of the increased land and resource availability.

According to the team’s statements, each lunar NFT will be a smart investment for those who want to profit from the rise of the metaverse. Landowners will be able to participate in Moon’s player-driven economy by building homes, starting businesses, and participating in a wide variety of other income-generating activities on these lands.

Inspired by legendary strategy games like Civilizations and Age of Empires, Moon Metaverse offers players unprecedented levels of freedom as they embark on an exciting journey to uncover the mysteries of the Moon.

Moon aims to revolutionize the NFT gaming market by providing its players with seemingly limitless opportunities to explore and win. According to the statements made, the value of NFT lands can be increased through smart, strategic play. Businesses and players will passively generate income as they begin to participate in the moon life by working and paying taxes. Every transaction that takes place on a plot of land will provide its owner with income in the form of Moon’s token.

In addition, prospective landlords will have complete lunar views, including highly sought-after locations such as the North Pole and large desert craters. Each of them will be bought, sold, rented and developed as the players want using Moon tokens.

According to the team’s statements, Moon’s player-focused ecosystem is cleverly designed to support the long-term value of the token while increasing demand for limited pieces of land, in-game resources and vehicles. Moon tokens will be earned from a series of in-game activities and can be invested for the long term, sold on crypto exchanges, or returned to the game to continue developing Hex.

The ultimate mission of the Moon society is to traverse their Moon landings in the late 60s and early 70s, creating the first lunar colony. The core gameplay will revolve around controlling NFT plots of land spread over the entire lunar surface. These sandboxes will act as the most important and valuable assets of the game.

According to the statements, players will form clans and work together to develop their Moon country.

Interplanetary trade routes can be created.

During the period of political disagreements, negotiations will be held and a role can be taken in conflicts that may arise in this process.

By exploring the dark side of the Moon, users will be able to find mysteries and debunk conspiracy theories.

Whales Launch A Buying Party For This Meme Coin!