Home Crypto NFT Move by Madonna: She Chose Her First NFT From This Famous... 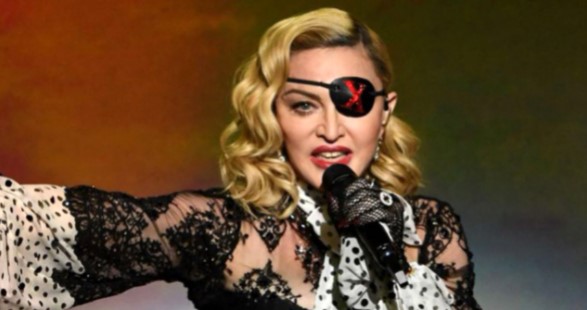 Madonna, a world-famous, living legend who is considered the best female pop artist of all time, announced that she has entered the metaverse by taking her first NFT. Madonna chose her first NFT from Yuga Labs’ renowned NFT collection, Bored Ape Yacht Club (BAYC). Thus, Madonna, Eminem and Justin Bieber are among the celebrities who join the rush of NFT lovers.

Madonna now proves that she is in this universe in her tweet shared today and thanks MoonPay. Moonpay is known for pre-purchasing Bored Ape NFTs and then offering them to wealthy celebrities. Madonna is also making a profile picture on Twitter as soon as she bought NFT. The related BAYC NFT attracts attention with its pink skin trait and BDSM-themed hat.

However, after Madonna shared this tweet, she started to get reaction. Fans of the famous singer say that she deletes the post from Madonna, that she directs people to cryptocurrencies and that she will destroy Madonna’s unique musical heritage in this way.

Madonna and the Mainstream

Alongside these, Madonna becomes the highest profile celebrity to join the Bored Ape Yacht Club trend. Popular names such as Eminem and Justin Bieber had previously bought from these NFTs. However, although Madonna has not been active in recent years, she continues to be the most successful female artist of all time with her albums sold more than 300 million times in the world. Additionally, Madonna, also known for her philanthropy, is partnering with Ripple (XRP) to raise funds for orphans in Miami.

Of course, there are those who are opposed to cryptocurrencies, NFTs, and the metaverse. These digital assets are not yet mainstream, but their adoption is increasing. The reactions of Madonna’s fans seem normal to all of us these days. In addition, as celebrities like Madonna enter this sector, it is expected that digital assets will become mainstream and adoption will increase.

“Footsteps of Fear” Fund Manager: Get Gold and These!

3.3 Million Bitcoins Have Not Been Used For Seven Years