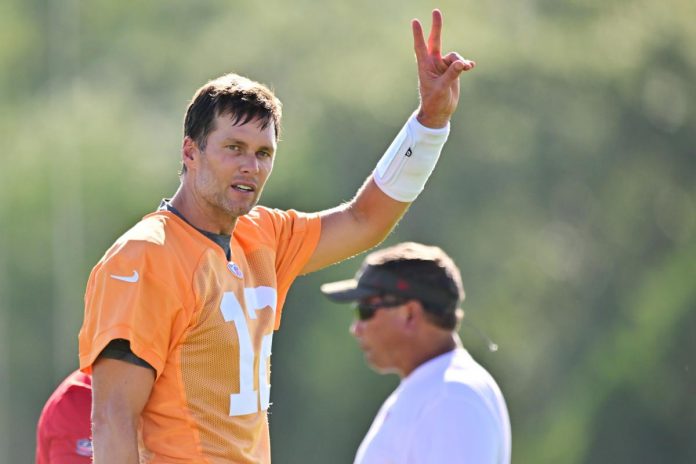 Deep down, retired NFL quarterback Ryan Fitzpatrick thinks he’s “the bastard” Tom Brady talked about in his famous quote of 2021.

During a recent appearance on Barstool Sports’ Pardon My Take, Fitzpatrick said Brady didn’t show him “zero respect” as an NFL contender.

“It should have been me,” he said. “Zero respect. He would never shake my hand.

“I’ve told this story before, but he just pisses me off. Because you’re in Buffalo, you’re playing in New England, they kick our asses every single year, they beat us. It was at the very beginning of the season. We had a great start and he made five interceptions in the game and it was just wonderful to see every one of them. It’s just wonderful to see.

“And (Brady) immediately ran away. Like, no handshake, no quarterback in the middle of the field, no, “Where are the cameras? All right, hey, be healthy, buddy.” He just ran away. It bothered me so much because there was no respect there. Every time I played with him after that, I said, “OK, let’s make this dude respect me.”

The NFL world reacted to Fitzpatrick’s comments on Twitter.

“The misconception is that Tom Brady is a good guy. I always thought he was insincere,” one fan wrote.

“Respect should be earned, not given. Aside from a 15-year stint in the NFL as an apprentice, what has he done to earn some respect? More or less to the likes of Tom Brady?” said another.

“Who cares! The guys have won 7 Super Bowls, they are the best QB in history, and Fitz is a career backup!” added Duster.

Fitzpatrick will begin his career as an NFL analyst during tonight’s Thursday night football broadcast on Amazon Prime.