Home Crypto NFL Star Has His Eyes On This Meme Coin: He Has His... 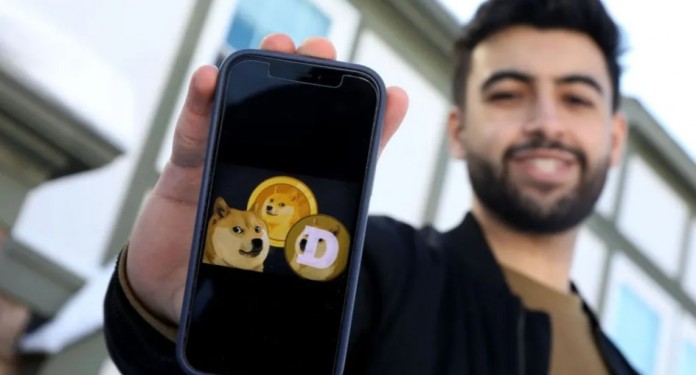 NFL player Brandon King has announced that he is buying more meme coins from Shiba Inu. However, the meme coin price is still losing momentum and is trading down 6%.

Brandon King, who plays for the New England Patriots of the National Football League, announced on Twitter that he bought more SHIBs. Currently, the token is bearish after losing almost 50% from its all-time high of $0.00008845, which it reached on October 28. Brandon King’s Twitter thread doesn’t have many tweets dedicated to the Shiba Inu or any other crypto.US rapper FunnyMike invested $60,000 in this meme coin and bought 817.4 million SHIB.

The SHIB price has recently soared on news that Kraken exchange plans to list the coin. The exchange, however, retracted its promise to list at the last moment, causing great disappointment in the Shiba Inu army. Meanwhile, the petition on Change.org asking for SHIB to be listed on the Robinhood app has garnered nearly 500,000 signatures. So far, two Robinhood competitors have listed the coin: Public.com and Wealthsimple.