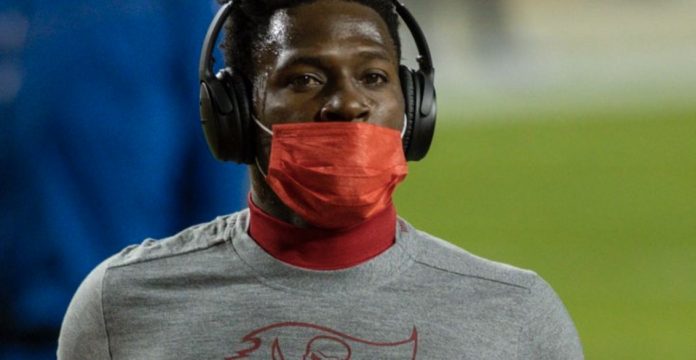 NFL star Antonio Brown is facing a $500,000 lawsuit from Florida-based Secure the Bag Entertainment. Here’s the last one.

The lawsuit alleges breach of contract and defamation in connection with an agreement the company signed with Brown in July 2022. It also alleges that Brown submitted false expenses in the amount of $178,000 and sold a fake expensive watch to STB owner Ryan Kane for $160,000. They met after Brown appeared on an episode of the We In Miami podcast, which Kane also owns. After this meeting, Kane says that he offered Brown to sign a contract with STB as a recording artist.

According to the lawsuit, Brown recorded the song Cracked, which was attended by a world-famous rap artist. Kane claims that he discussed in detail the release of this song with Brown as an artist of STB, how STB would promote the song and work on the music video.

“Brown told Kane that the famous artist wanted $250,000 for the film and video and that he would only deal with Brown, not Kane,” the lawsuit says. “Brown put pressure on Kane and insisted that STB pay CAB $250,000.” Kane says he wrote a check for $250,000, but “immediately realized that this was the wrong way to do business, and a few minutes after handing the check to Brown, he told him that he was going to stop the payment.”

“Brown responded by telling Kane that he would go to the bank in the morning and threatened that ‘the check must be correct,'” he continues. “When the check was rejected due to a payment stoppage, Brown publicly made defamatory statements on social media about STB writing fake checks and not paying their bills.”

Later, Kane contacted a famous artist and found out that the asking price is $ 150,000 instead of $250,000. Brown tried to extort $100,000 from STB over and above what the famous artist accepted for his services.

How to copy and paste on WhatsApp from Android and iPhone...