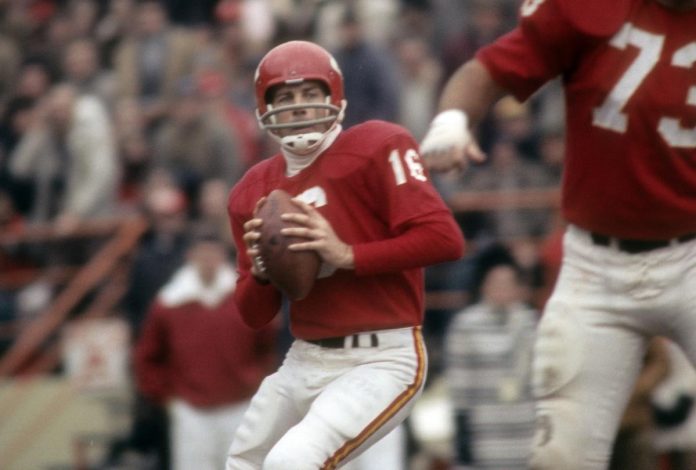 Less than a week ago, the football world learned that Len Dawson, the quarterback from the Hall of Fame, was admitted to a hospice in Kansas City.

According to a statement from his family, the Hall of Fame quarterback and broadcaster passed away Wednesday morning. He was 87 years old.

“With his wife Linda by his side, it is with great sadness that we inform you of the passing of our beloved Len Dawson,” the family said in a statement to KMBC in Kansas City, where Lawson previously worked as a sports broadcaster. “He was a wonderful husband, father, brother and friend. Len has always been grateful and has been amazed many times by the countless connections he has made during his football and television career.

“He loved Kansas City, and no matter where his travels took him, he couldn’t wait to get home.”

Our thoughts are with the Dawson family.

Rhys Davis Tells Where College GameDay Was Supposed to Go Before...