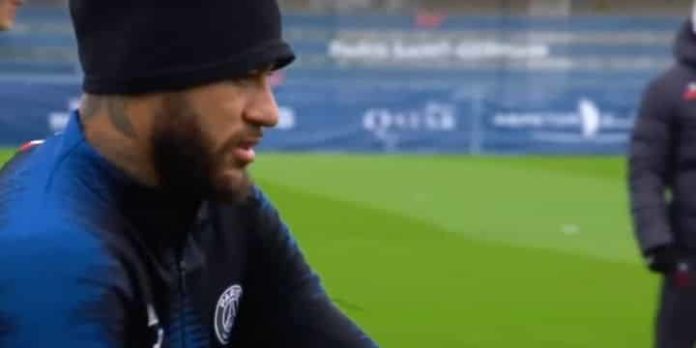 Tuesday evening Neymar and his teammates faced Borussia Dortmund. After a high level meeting, PSG lost 2 goals to 1 against the German club. A very bad start for his knockout stages of the Champions League. A bitter taste defeat. Haaland, a little Norwegian prodigy from Dortmund, delighted us. Indeed if his first goal was a real opportunistic goal, the second is a powerful strike of the left foot in full skylight.

He also left no chance for the Parisian goalkeeper. PSG for its part was not in good shape . At a press conference, Thomas Tuchel had to justify his controversial tactical choices. As well as choosing not to enter a 9 to strengthen the defense. Besides Neymar, was not at all satisfied with the performance of his team. And he makes it known!

Despite a goal to his credit, Neymar was not satisfied with his match. Indeed, for the PSG star his lack of rhythm after his injury was felt. Besides, he points the finger at the staff who, according to him, have too much preserved it. “It’s hard to stay four games without playing. Unfortunately it was not my choice! It was the club and the medical staff who decided that. I did not like ! ” Said Neymar.

“I wanted to play. I felt good but the club was afraid. But in the end it is difficult for me, for my partners and the whole team, ”he explains. Neymar had injured his ribs on February 1 during a match against Montpellier. Besides, his tenure against Dortmund was not even certain. But he said it was not that bad and he should have returned to the field well before Tuesday’s game. PSG will have to wait until March 11 to take revenge.

Real Madrid has three Bayern Munich players on the field

First Screenshots of MIUI 12 Appear in New Interface of Xiaomi...

Emilia Clarke (Game of Thrones): this footballer she does not leave...

Who is Clement Turpin, the referee of Barcelona vs. Borussia Dortmund...